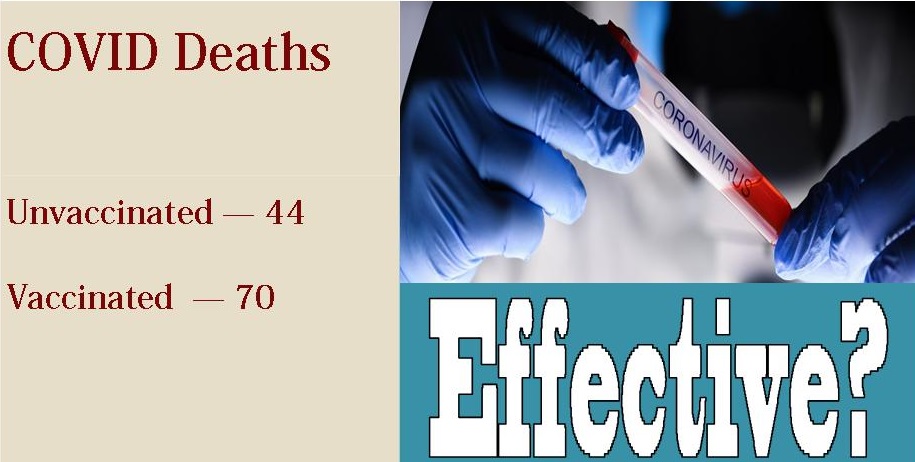 The numbers have spoken – the pathetic failure of the COVID vaccines is flying straight in the faces of pharma mafia and its globalist network as majority of COVID deaths in the UK are among those already vaccinated against the alleged infection.

The figures from Public Health England came out in its report dated June 25th, offering a brief on the COVID situation in the UK. The report shows that fully vaccinated people were the ones that were most at risk of dying from COVID from 1st February to June 21. Of the total 117 COVID deaths recorded during the period, 50 of the dead were fully vaccinated, making the most of the dead in the report; 44 were unvaccinated; and 20 were partially vaccinated (had only one dose of the vaccine). 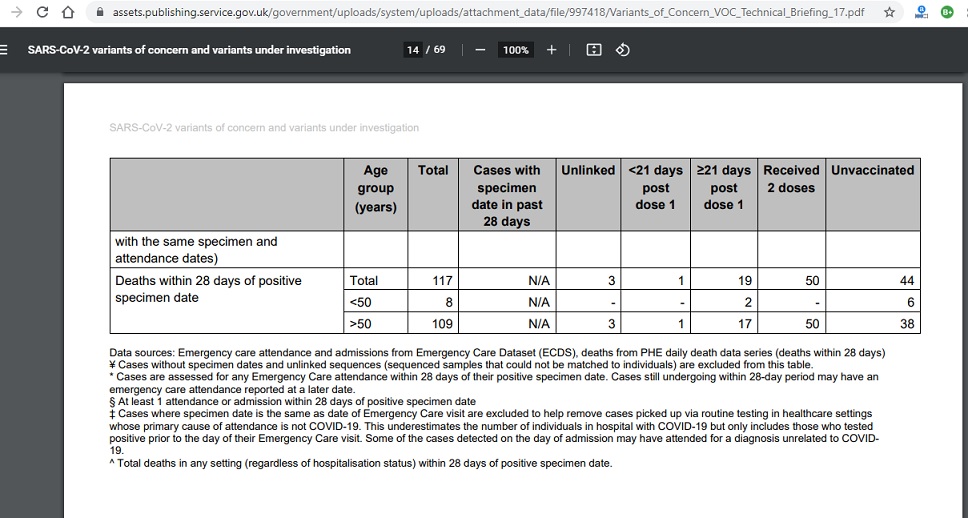 The report caused a panic in the presstitutes that routinely cover up for the failures and crimes of the vaccine mafia. Leftist fake news publication Business Insider tried to put a spin on the numbers by stating it’s not a big number in its story featured on leftist platform Yahoo.

Fifty were among people who’d taken two doses of vaccines – a reminder that the shots are imperfect.

Calling the vaccine “imperfect” is the familiar propagandist way of admitting as well as denying the obvious failure of the product to achieve its promised goal: disease prevention. The number is big in that it exceeds that of the unvaccinated falling dead from COVID even after getting the shot.

British leftist propaganda outlet The Guardian took the denial of the vaccine in preventing COVID deaths to a laughable mark on the scale of public deception.

Don’t think of this as a bad sign, it’s exactly what’s expected from an effective but imperfect jab.

So the propagandists, who wrote the above story, literally are telling readers that dying of COVID in majority after getting the COVID shot doesn’t mean the vaccine is ineffective; it’s just “imperfect” (sounds familiar?) so expect it.

Most the leftist propaganda media mobs skipped the story altogether for obvious reason of avoiding to draw attention to the high proportion of COVID deaths among the vaccinated.