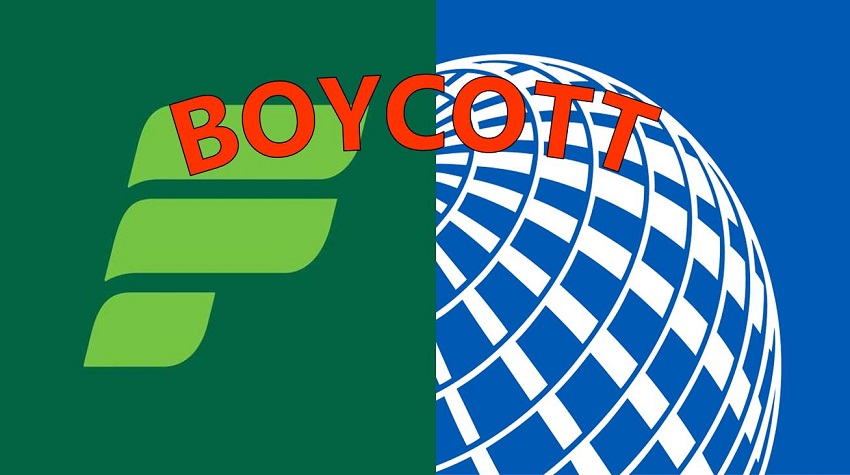 United and Frontier have once again shown that they are the worst in the airline industry in America by forcing COVID vaccination on their employees. It’s time for people opposing tyranny to boycott these airlines.

The push for COVID vaccines was not surprising since it was obvious since day one of the so-called pandemic that it was a well-planned and funded scheme for enslaving the people and robbing them of their right of choice via mandatory vaccines. The airline industry is central to this agenda particular in the west where a huge number of people fly daily for one reason or other.

Since other businesses started mandating vaccines, United and Frontier airlines became the first to make COVID vaccines mandatory for their employees. United and Frontier are requiring all their employees to get fully vaccinated before the end of October—Frontier requiring all its US-based employees to get the required shots by October 1 while United requires the same by October 25th ,or soon as FDA approves the vaccines for normal (non-emergency) use.

Frontier said employees that choose not to or are unable to get vaccinated will need to provide proof of a negative COVID-19 test on a regular basis.

It’s easy to see these exceptions are actually punishments that intimidate vaccine-hesitant employees to take the shot or face a difficult life where you need to get tested every time you are called for duty.

While other airlines have not yet announced vaccine mandates, the vaccine mafia through its corrupt media partners is pushing them to follow the example of United and Frontier. So what can people do to help protect employees and others from being forced into vaccine slavery? The answer is a single familiar word: boycott. People need to boycott United and Frontier and fly with airlines that do not violate human rights with vaccine mandates. It’s time to fight back with our wallet, which is more powerful than the politics of the airlines or other businesses.

One thought on “United and Frontier Airlines Violating Human Rights”