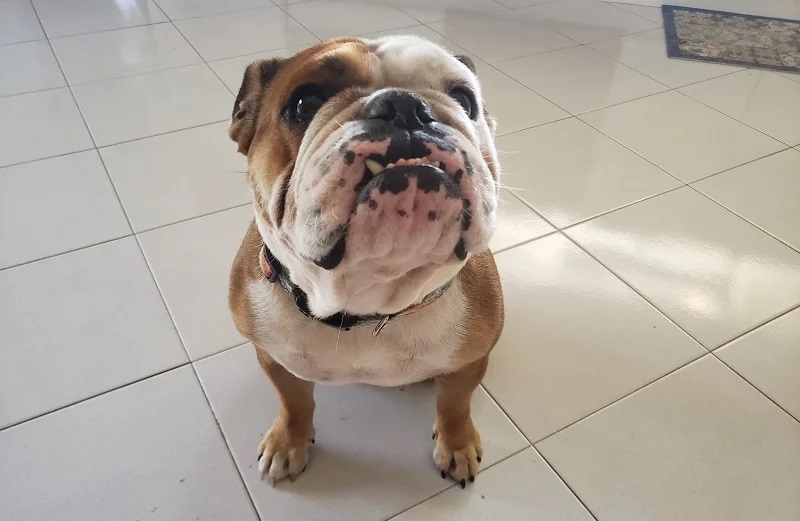 Meet August, aka Auggie, the English bulldog that was rescued from an abusive home in Italy. Auggie’s mom, a US Navy officer stationed there, adopted her and life was going great until the tyrannical vaccine mandate of the Biden administration arrived. Now Auggie’s mom is faced with losing her job and getting Auggie back to America to stay with the family has become a challenge.

Annie Harmon, mother of the Navy officer, who is currently visiting her daughter in Italy tells that they cannot afford the transportation costs for the dog from Italy to the U.S. via a ship. And Auggie, being an English bulldog, has to go on a ship because getting on a plane can pose a serious risk to her safety due to her respiratory issues.

Harmon has set up a GiveSendGo fundraiser for Auggie and is hoping that it gets enough funds to get her safely back to Houston, TX, where she may start a new life with her family.

People can donate to the campaign to bring Auggie to America at this link.