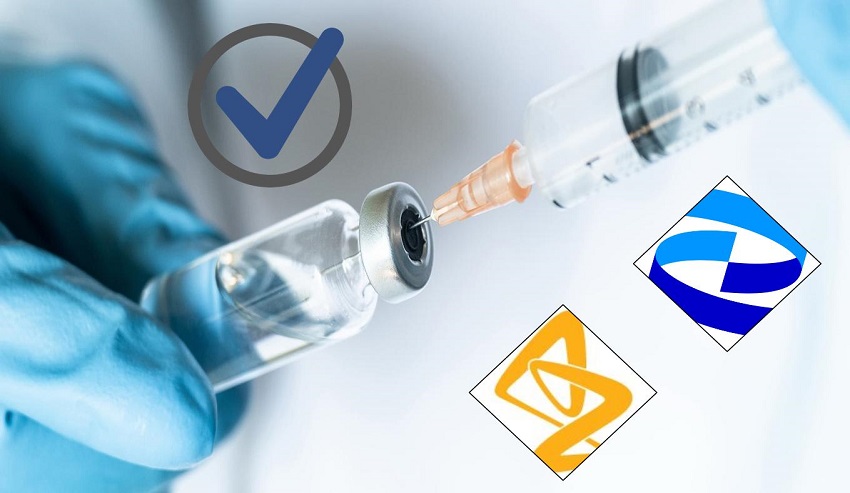 The study was cited in Daily Express on July 29 to report that it has found similar blood clot risk in people in Spain vaccinated with the AstraZeneca COVID 19 vaccine as in those who got the Pfizer shot.

One would thing that such a study makes Pfizer sound risky as well. But thanks to the corporate research and sold-out news outlets, the study is being propagated as evidence that AstraZeneca shot is safe. Yes, that is what the story advocated, citing Public Health England.

According to the PHE, if you have already had a first dose of AstraZeneca vaccine without suffering this rare side effect, you should complete the course.

The credibility of Public Health England is quite a story of its own. What is more immediately relevant here is the link between this study and the vaccine industry. Thanks to the new normal of unethical science, these researches do not hide their corporate interests. In all its openness, the study about blood clot risk in question reveals that it was funded by the European Medicines Agency. The European Medicines Agency (EMA) has direct business/corporate partnership with the pharmaceutical industry that is featured on the agency’s page of Partners and Networks. The page reads:

The pharmaceutical industry is one of the European Medicines Agency’s (EMA) main stakeholders. Interacting with pharmaceutical companies has been a major part of EMA’s daily business since it began operating.

And if that is not enough to show the sadly revealing state of affairs, multiple researchers whose names are on the blood clot risk study have declared their conflict of interest by disclosing their financial links with multiple pharmaceutical companies, including AstraZeneca and Pfizer. 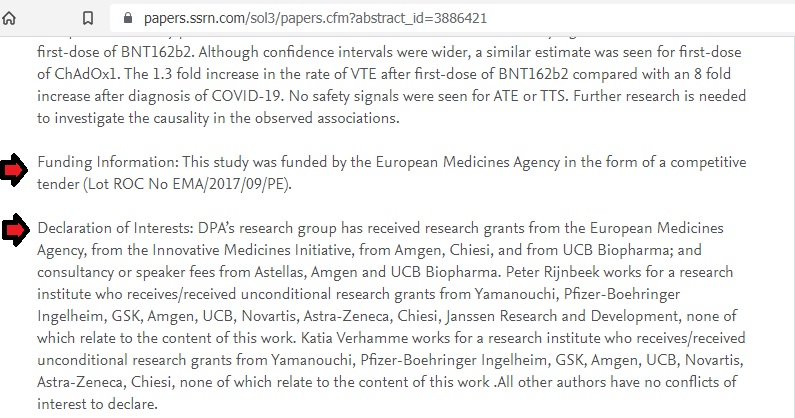 How often do you see this says-it-all part of a study included in a media story? The answer is the sad reality of today’s sold-out research process.