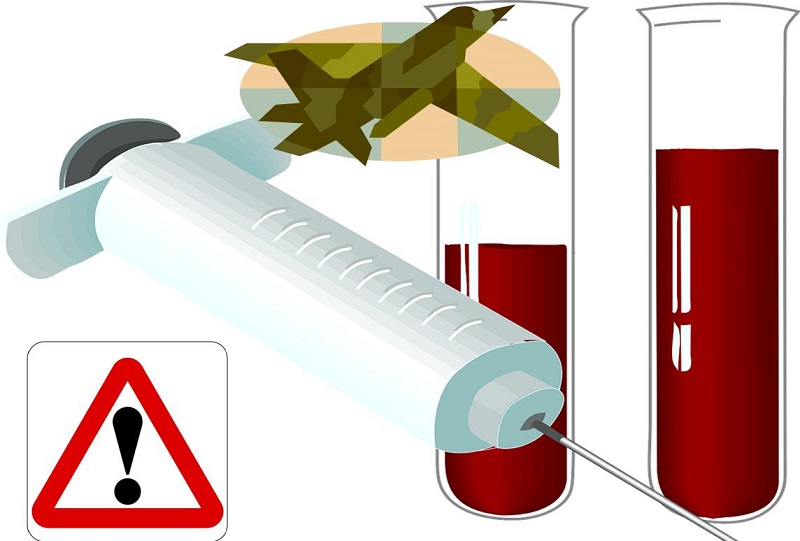 As information about Ukraine’s biological labs backed by the United States is coming out, leftist propaganda media and discredited fact-checking websites are denying without evidence the labs are not doing anything bad.

On March 6, The Gateway Pundit reported on the documents published by Russian sources showing the presence of biological labs with links to the U.S. government. The reports of the presence of such labs had appeared before and had been discarded as false by the mainstream sources in the west. The publication of the documents, however, drew renewed attention to the issue of Russia’s concerns over safety as the labs according to them are testing dangerous pathogens that could be used as potential biological weapons.

There are documents from the US Embassy that were posted online on the biological labs in Ukraine. The documents were later deleted but they are still available on the WayBack Machine.

The deletion of documents by the US Embassy raises some additional suspicion over the nature and designs of the U.S. involvement in Ukraine’s biological labs. Leftist sources like Business Insider are trying to trash the issue and calling the claims of US-backed biological labs as the reason for Russia’s operation against Ukraine as debunked conspiracy theory. However, the sources it cites – the so-called fact-checkers – are discredited and found repeatedly exposed for propagating establishment lies, most notably during the so-called COVID pandemic.

Russian Foreign Minister Sergei Lavrov was aired on German media DW telling about Pentagon-linked biological labs. He added that the CIA has been on the ground in Ukraine, providing it military training.

On March 8, The Gateway Pundit published a follow-up story which shows the video of Biden admin official Victoria Nuland admitting that Ukraine has “biological research facilities” that the Biden administration is worried about for fear of falling to Russian control.

⚡️The US is working with Ukraine to prevent biological research facilities from falling into the hands of Russians — Nuland pic.twitter.com/dDr9VHQVao

The question thus becomes what side to believe: the Nazi globalists that have lied endlessly about biological lab research as in Wuhan – lies for which Dr. Anthony Fauci was referred for criminal prosecution; or believe the Russian side that the globalist media is portraying as aggressor and invader of Ukraine? The question remains open.

Dr. Peter Navarro, speaking about the issue on Steve Bannon’s show, pointed out that Fauci is the common denominator to these virology labs and what happened in Ukraine, he had to know about it.

Related: U.S. Nailed to the Wall on Illicit Biological Weapons Labs in Ukraine

One thought on “Ukraine’s Biological Labs Linked to America, Just Like Wuhan Lab”