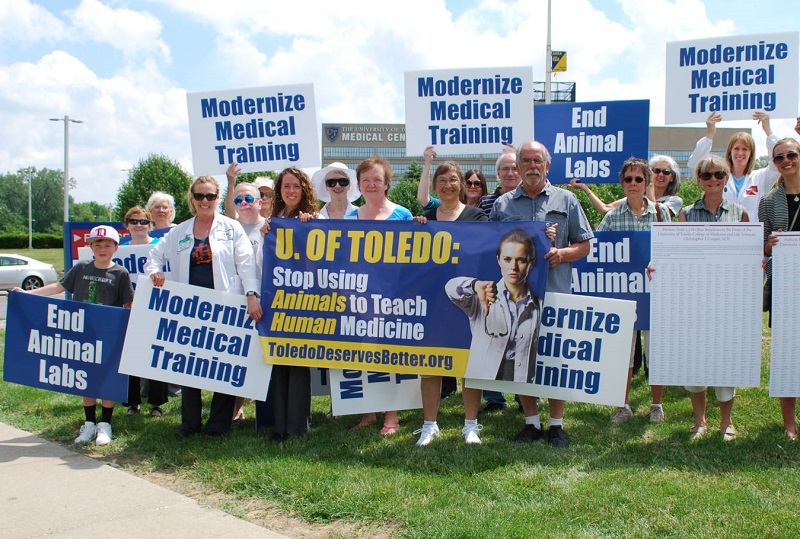 The University of Toledo College of Medicine and Life Sciences (U Toledo) confirmed that it has ended the use of live animals for training emergency medicine residents. The change follows a nine-year campaign led by the Physicians Committee for Responsible Medicine, a national nonprofit of more than 17,000 doctors. The chair of U Toledo’s emergency medicine department noted that the animal use had become “redundant” due to the availability of advanced medical training resources at the school’s simulation center.

Over the years, the Physicians Committee has filed complaints with the federal government and the Toledo police department, held on-site demonstrations to raise awareness of the issue, and purchased billboards and newspaper ads. In 2015, doctors delivered a petition signed by 1,139 Ohio residents to Christopher J. Cooper, MD, the medical school dean, urging him to replace animals.