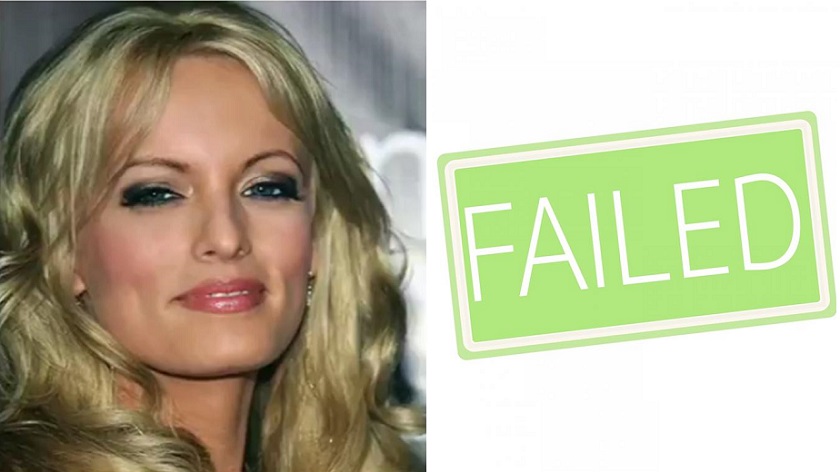 The New York Post reported today that Stormy Daniels lost her appeal in the federal appeals court on Friday and was ordered to pay about $300,000 in legal fees to President Trump, who has consistently denied Daniels’ claim that he had sex with her.

President Trump hailed the court ruling as victory. However, Daniels sounded pissed as she tweeted this:

“I will go to jail before I pay a penny.”

After winning in the court on Friday, Trump commented:

He was right. Most leftist media ignored the story and the very few who did not, like Newsweek, published about it after Daniels’s tweet so as to make Stormy Daniels appear as the powerful woman who can defy a court order.

Washington Examiner added some details of the history of the battle between Trump and Daniels, including her attorney Michael Avenatti’s instant rise to media stardom that propped him as a force that could take down Trump. Things didn’t take long to go down the drain for Trump-haters as Avenatti was found to have swindled Daniels of $300,000. Avenatti was already sentenced to 2 1/2 years in prison last year in the Nike extortion case.