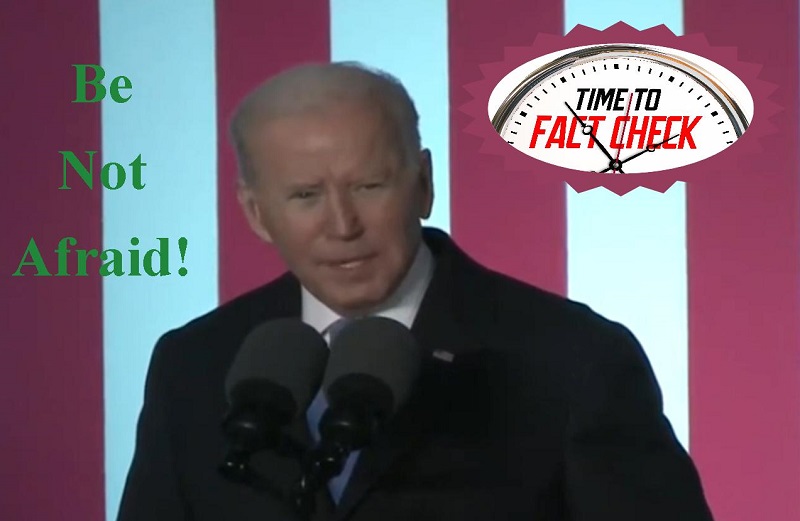 On Saturday, March 26, Joe Biden gave a speech in Warsaw (Poland) criticizing Russian military operation in Ukraine and Russian President Vladimir Putin. But showing his usual tendency for falsities, Biden started his speech with a false claim about the words of Pope John Paul II.

WION included the video of Biden’s full speech in their story about Biden’s speech. Biden opened his speech with the words “Be Not Afraid” by Pope John Paul. Biden said:

Be Not Afraid. These were the first words at the first public address of the first Polish Pope after his election in October of 1978.

On fact-checking, this turns out to be a completely false claim. The video of the inaugural speech of Pope John Paul II is posted on YouTube. Not only are the words Biden cited not the first words of Pope John Paul II’s first speech, they aren’t in that speech anywhere.

Even there, as the transcript of Pope’s address shows, the Pope used these words toward the end of his address to young people, not at the beginning as Biden claimed. Thus Biden got both the date wrong by 9 years and the order of the words – end against beginning – as they appeared in the speech.

A video clip of the 1987 teleconference shows Pope John Paul II saying the words in question as he concludes his address with a message of hope.