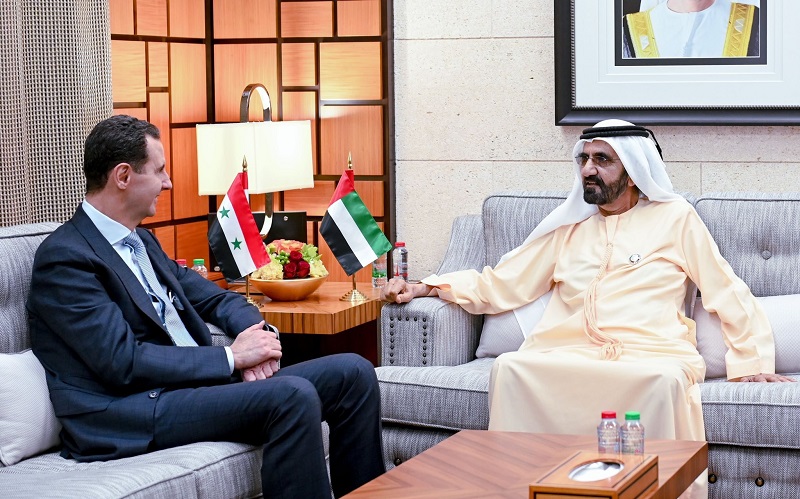 In a surprise to the world and frustration to American establishment, Syrian President Bashar Al-Assad visited the United Arab Emirates (UAE) on Friday.

Al Jazeera reported on the visit that is Assad’s first to any Arab country since 2011 when the Arab-western alliance tried to overthrow him, leading to the long civil war that took Russian military action against the US-supported rebellions and ISIS terrorists on Syrian soil. With the defeat of the insurrectionists as a blow to the Arabs’ political designs for Syria, UAE reportedly started warming up to normalizing relations with Assad. UAE broke the ice as its foreign minister, Sheikh Abdullah bin Zayed, visited Damascus in November last year to meet Assad.

While the reconciliation of the two political adversaries has surprised the world and many are happy over the prospect of initiating peace in the region, the Biden administration expressed its anger and frustration over the development. Sputnik News reported that the US State Department spokesperson Ned Price expressed disappointment over Assad’s visit to UAE. Price was cited as:

The story reminded that the Biden administration threatened the Arab states last year against normalizing ties with Syria. The story wrote:

The US sanctions and economic blockade have prevented Arab leaders from normalizing relations with Damascus, but Friday’s meeting could be a light at the end of the tunnel.

This development toward peace between Syria and rival Arab states comes at a time when the globalists, led by the Biden administration, are propping Ukraine in a military conflict against Russia, Assad’s key and most powerful political ally. Russia started a military operation to “demilitarize and de-nazify” Ukraine while exposing biological labs funded by the US military operating on Ukrainian soil.