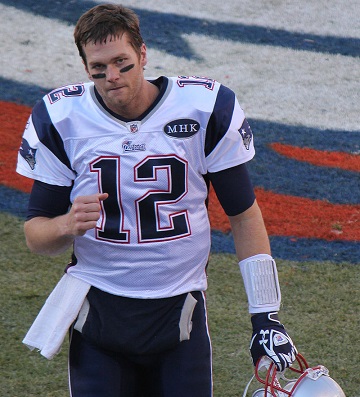 For two years, I had to listen to nonsense about deflated footballs. Supposedly, New England Patriots quarterback Tom Brady allegedly arranged for several footballs to be deflated during a play-off game in order to suit his needs. After two years of legal procedures, Brady was suspended by the National Football League for four games.

In 59 years, I never thought I would learn so much about the science of deflated footballs as I have learned these past two years. Despite my new knowledge, I never believed that Tom Brady did anything wrong. Before anyone says I’m a homey, I would like to say that I am speaking as an objective football fan, and not as a Patriots fan. Do you really think that if a player from the Cleveland Browns was accused of deflating the footballs, he would be punished?

I’d say he wouldn’t be punished at all. First of all, there could be lots of reasons why a football gets deflated during a game: temperature, barometric pressure, or even a problem with the manufacturing. Second of all, I believe there is professional jealousy throughout the National Football League of the New England Patriots because they have been a legitimate contender every year for the past 15 years. The Patriots are always under attack, whether they deserve it or not.

While other players have either been involved with murder, domestic violence or child abuse, I wonder why Brady’s punishment was as severe as the punishments for some of these other offenses. It has to be professional jealousy. What else could it be? Let’s say you had two children. One child was accused of cheating on a test while your other child beat someone up. Which one would you punish more severely? I won’t even answer that question.

One thought on “Tom Brady and the Deflate Gate”