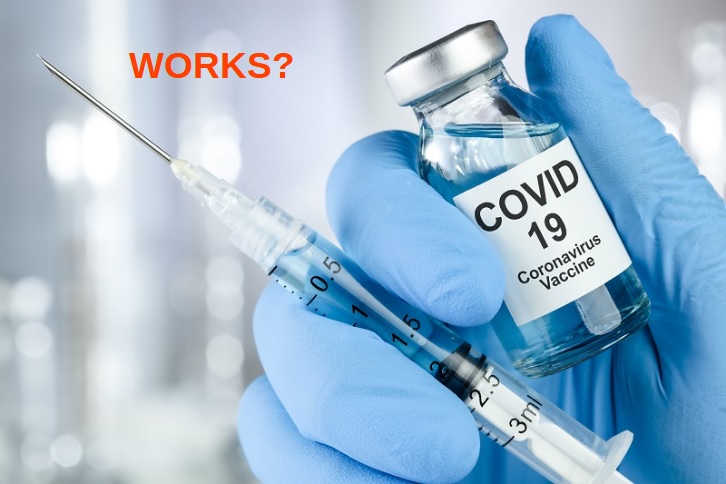 Fake news outlet Axios is promoting the COVID vaccines by citing a CDC study – which happens just to be a report on observation of stats that actually do not prove vaccine effect9ijveness – except for the dummies who don’t understand science.

First of all, anything coming from the discredited CDC is not worth heeding at all. It’s a corporate entity making money off viruses and vaccines as it holds patents to corona-virus research. And the CDC has been shown to manipulate data and doctor numbers to fit a narrative meant to deceive people. However, for the sake of argument, we can look at the so-called study by the CDC on its website.

The report is based entirely on the assumption that if people who were vaccinated with Pfizer or Moderna COVID shots did not test positive for COVID via the PCR test (which has been debunked widely and repeatedly as unreliable in viral detection) over the period of some weeks after vaccination, it shows the vaccine prevented infection. In simple and plain language, it’s mere assumption favoring the vaccine – not scientific proof.

The report does not mention whether the vaccinated people were exposed to the COVID infection at the same rate as the unvaccinated people. That will be next to impossible to show but without showing this, it is not possible to call such a report real science. How do you know that it was the vaccine that prevented infection? Furthermore, because majority of vaccinated people didn’t get infected over a limited period of time doesn’t imply at all that they are fully immunized for life or even a longtime. How do you know that they didn’t catch COVID the very next day after the last date of the observation for the sake of the study?

What the vaccine-selling propaganda mobs also excludes from their stories on the CDC report is the specification that the CDC study is an estimate – not a scientific fact or even verifiable statement from as source other than and independent of CDC and the stakeholders. The title of the CDC report “Interim Estimates of Vaccine Effectiveness of BNT162b2 and mRNA-1273 COVID-19 Vaccines in Preventing SARS-CoV-2 Infection Among Health Care Personnel, First Responders, and Other Essential and Frontline Workers — Eight U.S. Locations, December 2020–March 2021” clearly says it’s just an estimate.

Unsuspecting people who don’t have the knowledge or time to see through the deception of such pseudo-science are easily fooled into buying the claims of corrupt and dishonest media and self-interested groups like CDC. They are basically all part of the same medical mafia that has been expanding its reach and power over larger parts of the population. Basic understanding of science and a little common sense will easily end this state of ignorance.

2 thoughts on “The New CDC Study Is Just an Estimate, Not Scientific Fact”