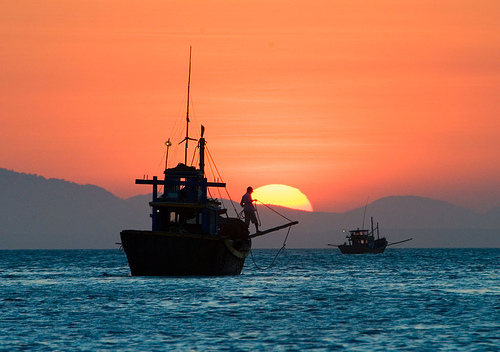 In December 1982, the United Nations was finalizing the “United Nations Convention on the Law of the Sea”. This Convention took more than 14 years of work and involved the participation of more than 150 countries, combining all legal viewpoints and types of political systems working together. Today, it is still regarded by many to be the “official Law of the Sea”. Yet many glaring problems have developed in recent years despite such efforts.

In the last few years, the South China Sea has been a hot news item, with several countries looking on with great concern. The topics range from who should control such waters, the building of artificial islands, surrounding territorial claims, and the very security of global trade by sea. The Law of the Sea makes up about 202 pages and has several annexes. It was written in the form that assumes countries would cooperate together and very quickly settle any despites that may arise.

Several countries, including the United States have accused China of bullying other nearby countries into the mindset that the whole region should be controlled by the Chinese in order to maintain stability and security in the area. The Chinese claim they are only trying to do what the United States did in the Caribbean in the late 19th and early 20th century. They claim who should control such waters is actually not specially written in the Law of the Sea.

According to the Law of the Sea, “its land territory to the outer edge of the continental margin, or to a distance of 200 nautical miles from the baseline from which the breadth of the territorial sea is measured where the outer edge of the continental margin does not extend up to that distance.” Under Article 77, it says, “the coastal State exercises over the continental shelf sovereign rights for the purpose of exploring it and exploiting its natural resources.” According to Article 60, artificial islands “shall not exceed a distance of 500 meters (3.1 miles) around them, measured from each point of their outer edge.”

Rock surfaces which could not sustain human habitation or economic life of their own would have no economic zone or continental shelf, and could thus be claimed by any country in the area, which has been happening in recent years by a few counties in the region. Article 59 states that “conflict should be resolved on the basis of equity and in the light of all the relevant circumstances, taking into account the respective importance of the interest involved to the parties as well as to the international community as a whole.”

The Law of the Sea does not have provisions for historically disputed claims, or a nationalistic embodiment. Each year, more than 5.3 trillion dollars of trade pass through this region. There are environmental and economic concerns, as well as this now serious security concern as tensions continue to grow. Causing eventual fragmentation(s) to pull toward more hostile policy courses. For this Law to work and for more work to be completed on modifying this “Law of the Sea”, the attitudes within the law must pay to mind this is the vast sea of mankind.