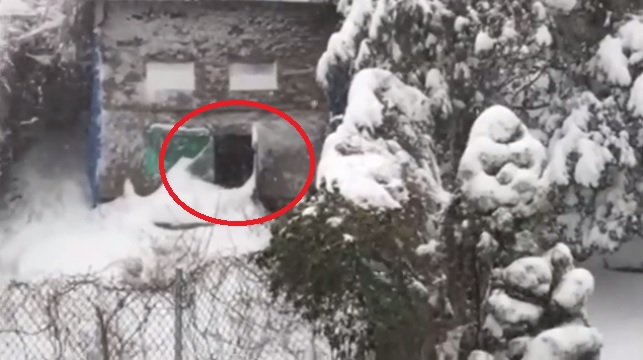 Two senior pit bulls in Brooklyn, NY, have been in news since the past week due to ongoing abuse by their owner who was interrogated by the police after a neighbor’s video of the dogs’ suffering went viral on social media.

Pet Rescue Examiner Cheryl Hanna wrote on February 25th that the dogs were thrown outside in the snow again by the owner after she was ordered to let them in by police. The dogs – aged 14 and 15 years – have been crying in pain and need urgent rescue.

While the kind-hearted neighbor, who shot the viral video leading to the police intervention, has been of help in drawing attention of the authorities, the dogs have not been saved. Now Laura Amato has launched a petition on Care2 urging the ASPCA to intervene. Sadly the ASPCA has said that the dogs’ condition does not meet the definition of cruelty to animals “as defined by law”.

Given the reports that the owner has been abusing the dogs for a long time, the ASPCA needs to immediately intervene and save the two dogs from the potentially life-threatening abuse in extreme weather. If leaving one’s old and ill dogs – one of them blind – outside in extreme cold is not animal cruelty, then there is certainly nothing called cruelty in ASPCA’s dictionary.