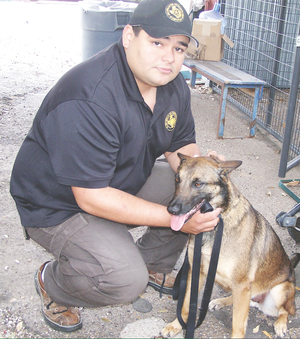 It’s not only some negligent civilians who kill pets in their hot cars but the carelessness and stupidity is also subscribed to by police officers. The case of Texan deputy Latham Roldan is an example.

From news, it appears the deputy was too forgetful or negligent to leave the police dog in his patrol car, which had the cooling system meant to prevent dogs from getting heat-injured. But the poor canine officer, named Jola, was literally burnt to death in the car because the cop “forgot” that he was in the car on a hot day without the cooling system turned on.

The important concern at this time is the phrase “possible prosecution” in the story cited above. Civilians are bound to be charged with animal cruelty if they barbecue their dog to death in a hot car; so just because he is a cop shouldn’t let him get away with this kind of criminal negligence. He should be thrown behind the bars for taking this innocent life that was serving the public like him.