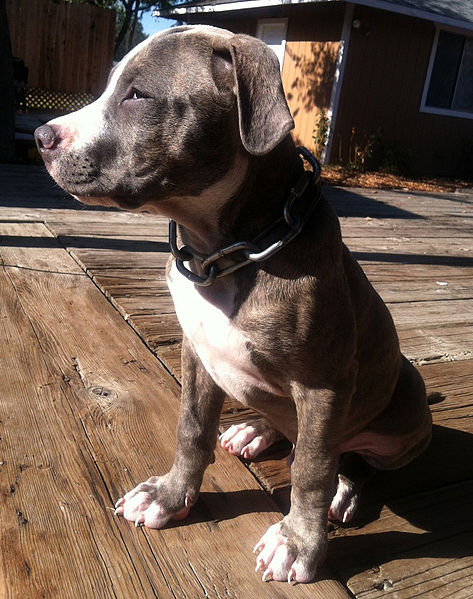 It’s victory for both discriminated breeds, such as pit bulls, dog lovers, and all animal rights advocates since South Dakota has officially abandoned Breed Discrimination.

Care2 reported on Wednesday that South Dakota has become the 18th US state to pass a law that abolished Breed-Specific Legislation (BSL) – the ignorant and discriminatory law that views some breeds, as the pit bulls, as inherently aggressive. Thus in South Dakota now, all dogs will be treated equally by officials and in cases of any incidents involving dogs, the authorities would be required to look at the situation objectively without any bias against a specific breed.

BSL has been responsible for numerous cases of victimization of innocent dogs solely because they happened to belong to a certain breed, more particularly pit bulls and pit-bull mixed breeds.

The credit for South Dakota’s landmark decision to discard BSL goes to Senator Dan Lederman who introduced the bill to end breed discrimination in SD. Care2 quoted Lederman as:

“The fact is, a dog’s breed has nothing to do with how the dog behaves. Dog bites are not a breed problem. They’re an owner problem.”

As animal rights advocates celebrate this victory in SD, more good news is expected to follow soon since five other states are reportedly considering the end of BSL. These include: Missouri, Vermont, Maryland, Utah, and Washington.

Victories like these don’t always come easy. But with sincerity and commitment and the presence of lawmakers like Lederman, animal rights advocates have all the reason to hope for a BSL-free America in not so far a future.