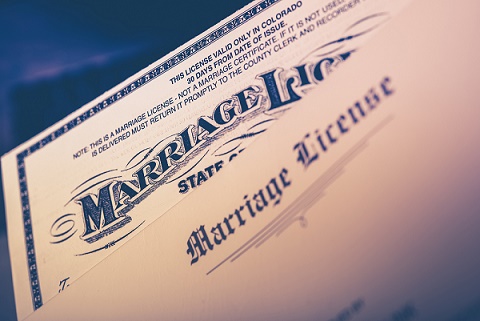 For a long time, couples who want to get married in this country have been required to obtain a state marriage license. This policy has been in effect since the establishment of the marriage tax. Prior to that, marriage was privatized. I recently found out that Rand Paul would like to privatize marriage once again. Though I have no opinion either way about how marriages should be issued, I think I can talk about this objectively.

We are reminded time and time again that we should separate Church from State, even though the Government doesn’t practice what is being preached. If Church and State were meant to be separated, then marriage should be privatized. I feel that if the Government is not involved in the marriage process, there will be less scrutiny on people who are questioned about why they want to marry, such as gay people. They could do what they want without official Government records that could be challenged eventually by organizations who want to overrule existing laws. Furthermore, the Government penalizes couples receiving federal subsidy if they decide to get married. I have been battling with legislators to change existing laws which support this marriage penalty.

On the other hand, I can understand why the Government should be involved in the marriage process. In certain situations, it is important to know that marriage is a public record. I will give a few examples: taxes, wills, real-estate laws, displaced children, etc. Public knowledge goes a long way to solving legal matters in these areas, especially when this public knowledge is supported by state or federal laws. Religious groups who don’t believe in gay marriage would have more power. People who try to have multiple spouses will be caught much faster.

While the jury is still out about my own position regarding the privatization of marriage, I wish Rand Paul the best of luck with his proposal. I believe it’s been well thought out and deserves a lot of serious consideration. Before the marriage tax, I don’t believe there were any obstacles concerning marriage, though people might tell us that life was much simpler back then. To that point I will say that life is much more complicated today because the Government makes it so.

One thought on “Should Marriage be Privatized?”