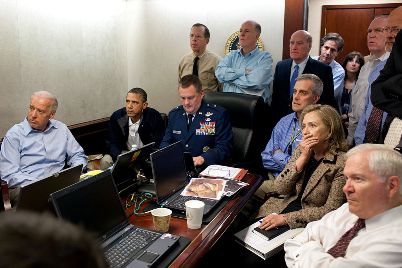 Both the Obama administration and Pakistan’s military establishment lied to the world about the 2011 hunt of Osama bin Laden in Abbottabad, Pakistan, claims investigative journalist Seymour Hersh.

In his post in London Review of Books, Hersh shared the details of his knowledge about the mission that hunted down bin Laden 4 years ago, claiming that the White House as well as the military and intelligence chiefs of Pakistan knew where bin Laden was – as against the prevailing narrative that the mission was an all-American affair.

Hersh goes on to say that not only Pakistan’s military-intelligence leadership knew of the mission but they actually sold bin Laden to the US for some 25 million dollars. Hersh tells that he contacted Pakistan’s former intelligence chief Asad Durrani to share his information and asking for his comments. Durrani, he says, verified this version and said it would be good to see the truth revealed from someone other than official sources.

What Hersh is saying makes big news as it undermines the credibility of the President Obama and that of Pakistan’s army-intelligence establishment. This version of the bin Laden’s killing makes both Obama and Pakistani establishment liars to their respective nations, and the world. Whether these authorities in question can prove Hersh’s allegations wrong is left to time. But what does it mean for the layman?

Above all, it signifies dumping blind trust in statements and stories coming out from the leadership. Truth revised calls for revision of the source’s credibility. Presidents, generals, scientists, and media outlets together make a big business whose modus-operandi – among other things – heavily relies on people’s stupidity, laziness, and willingness to be spoonfed “facts”. And it’s important to remember that the blame for this deception is not entirely on the authorities; it’s shared equally, or more so, by the receiver. After all, it is the receiver who is the victim, and their unquestioned trust is the primary cause of this victimization.