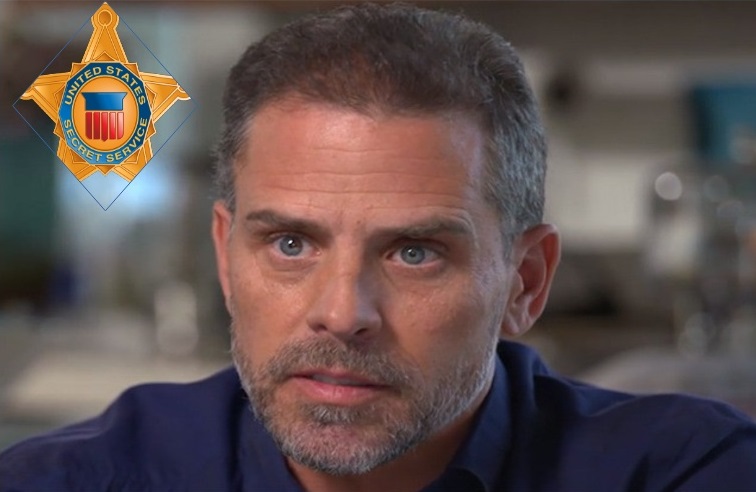 It seems the criminal record of the Biden family is endless as new revelations have exposed new crimes of the family of America’s unelected president Joe Biden – a physically challenged senior who is also a mental train-wreck. New reports reveal Hunter Biden may be guilty of yet another felony – lying on a gun purchase form.

Washington Examiner reported that Joe Biden’s son Hunter – who was kicked out of the navy in 2014 for drug addiction – allegedly lied on the Firearms Transaction Record to purchase a .38 revolver in 2018. The form is part of the background check required for gun purchase.

President Joe Biden’s son Hunter may have committed a felony offense by reportedly stating he does not use or is addicted to drugs on a background check for a firearm.

The gun this purchased was found by Hunter’s sister-in-law Hallie – with whom he was having an affair after his brother died. She threw it in a trash can outside a grocery store. When the police questioned Hunter Hallie about the matter, Secret Service rushed to cover up for Hunter. They went to the gun store and demanded the owner hands them the paperwork so that they could conceal the felony of Hunter Biden.

Newsmax posted the details of the case telling that the store owner refused to hand over the paperwork to the Secret Service and later handed it to the Bureau of Alcohol, Tobacco, Firearms, and Explosives. An interesting part of this story is that in 2018 the Biden family was not supposed to be under Secret Service protection.

Although Joe Biden was not under Secret Service protection at the time, individual Secret Service agents at offices in Wilmington, Del., and Philadelphia informally monitored the former vice president’s security, according to one law enforcement official.

And even if the Bidens were illegally protected by the Deep State Secret Service, does protection include seizing documents that show crimes of any of the protected family member?

The Biden family is hiding from media on this case and of course the lamestream media is covering up far as they can for them while the Secret Service is also declining to answer media inquiries till the writing of this story.
Hunter Biden’s laptop scandal has been covered up for by the FBI and Department of Justice for well over a year and the reports of Secret Service covering up for his record of felony further shows that law enforcement at the highest level is anything but compromised and complicit in crimes of the Bidens and other leftist political criminals.