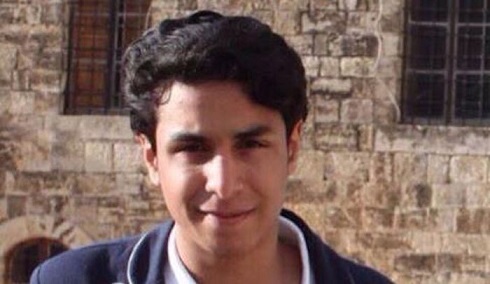 Update: A petition on Care 2 is now gathering signatures and addresses Saudi rulers and the United Nations to free Ali Mohammed al-Nimr. You can sign the petition here.

His name is Ali Mohammed al-Nimr. He is only 21 and protested Saudi Arabia’s totalitarian policies; and for this crime, the Saudi state is all set to brutally, publicly kill him by beheading.

Ali was arrested by the authorities in 2012, when he as just 17, for protesting against the government and possession of illegal firearms. By torture in prison, the dictators forced him to confess the charges pressed on him and his death penalty was announced in 2014, though it was obvious they were going to kill him one way or another. The dictators are

Saudi state terrorism on its civilians – who essentially remain hostage to the state’s terrorist regime – is an open stain on humanity. The death sentence of the young Shia activist is a reminder that Saudi Arabia is one of those terrorists that has won the right to enjoy immunity against any accountability because it is rich with oil and its say in determining oil prices is more than enough to seal the lips of those so-called world powers that

Last year, Saudi Arabia passed a law that broadened its definition of terrorism to include atheists and anyone who protested against the government or was involved in any activity against the government. Interestingly, when Saudi dictator Abdullah died early this year, President Obama and some other leaders in the west eulogized him in quite oily terms, conveniently ignoring his laws of terror and oppression.