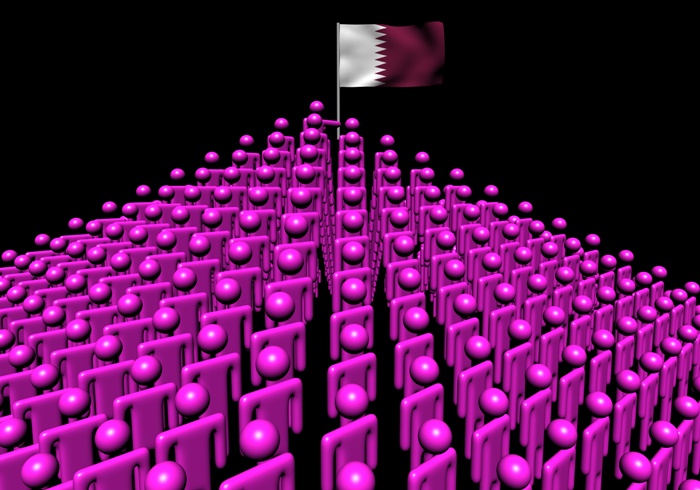 Good news from fundamentalist, terror-sponsoring countries like Saudi Arabia, Kuwait, and Qatar come as a surprise. I have no plans to surprise you at the moment, so let me give you this bit of idiocy from Qatar – pressuring immigrant workers into running a marathon.

The Post Game criticized the Qatari administration’s pressure on its poor immigrant workers that are under strict state terms of employment so that they can’t say No to the employers’ excesses, or else they get deported or go to jail. Typical of the oil-fed idiots in Arabian gulf, Qatari administration decided to get their name in Guinness Book of World Records by holding the largest marathon. And to make it big, they drove the immigrant workers there to run in scorching sun.

Owing to the suffering of the runners and complaints following the event, the marathon organizers apologized, as reported Doha News. The event also didn’t break the world record since they couldn’t get 50 thousand runners after all to make a new record.

What’s so asinine about Qatar’s marathon is that the event was supposedly the government’s response to Qatar-bashing from around the world because of its long-practiced exploitation of its workers. But in trying to counter the allegations by holding this marathon, the officials actually subjected the workers to more abuse. Now that definitely qualifies for a Guinness Book of World Records entry!