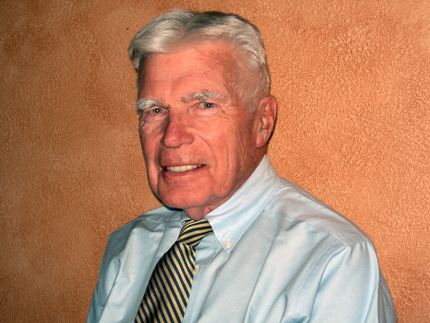 Of all the recent books I’ve read, Michael McGuire’s Believing: The Neuroscience of Fantasies, Fears, and Convictions stands out as one of the best in terms of subject matter, content, and style. The book explores the topic of the psychology of believing from multiple angles and answers some of the most important questions, rich with examples and cases from research studies. I had the pleasure to correspond with Michael McGuire, author the book, and ask some questions about this topic. First, let me introduce the author here.

Ernest: Michael, first I’ll like to thank you for taking time for this correspondence. To start with the topic of believing, how do we differentiate belief from perception?

MM: In real time, perceptions often precede beliefs as when one perceives something novel such as a child observing a snake striking and killing an animal and a belief that snakes are dangerous follows. But beliefs can occur first. One may experience a novel belief such as a friend is deceptive after which perceptions of the friend differ from what they were prior to the belief.  This often happens when one is engaged in an activity seemingly unrelated to the belief such as gardening, watching a movie, or jogging. It is still unclear if the brain works in real time as we experience it in consciousness. Moreover, there appear to be “innate” or genetically influenced beliefs that affect – at times, seemingly determine – how novel experiences are perceived. That events have causes is an example. Beliefs about future events may work in a similar manner. For example, say I believe that discussions at an upcoming dinner party will be boring. I am likely to perceive events at the party that are consistent with the belief.

Ernest: What are some of the notable differences between the believing process in primates and humans?

MM: If one assumes that beliefs as experienced in consciousness cause or bias behavior, it appears that beliefs among nonhuman primates and human beings are similar. For example, among both human beings and nonhuman primates, novel events that are associated with pain are avoided in the future while those which are pleasant are repeated. However, cross-species differences appear to exist regarding beliefs about the future such as the possibility of an upcoming economic depression. Among human beings, such beliefs are often associated with preparation for the expected event such as storing food. Nothing comparable is noted among nonhuman primates.

An alternative view is that, except for novel perceptions that precede beliefs, what we experienced in consciousness as beliefs are usually “after-thoughts” which we often use to explain behavior. This is my view: behaviors are initiated by non-perceived or “unconscious” brain systems; following the initiation of a behavior – only milliseconds later at times – we may experience a belief in consciousness which we interpret as the cause of the behavior.

Ernest: One of the findings of neuroscience so far, as you write in your book, is that the human brain evolved to believe. So we must have some evolutionary advantages furthering the habit or tendency to believe. What would be some of the main evolutionary disadvantage of a believing brain?

MM: Beliefs we experience in consciousness often appear to organize and simplify complex information or they are associated with solutions to problems that have worked successfully in the past, such as how to fix a flat tire or cook a turkey. Accurate beliefs about how the world operates have clear advantages for efficient goal achievement and the avoidance of ambiguous and dangerous situations. Such beliefs would qualify as evolutionarily advantageous. As mentioned, the counter argument is that most of the beliefs we experience in consciousness are already present in the brain prior to our experiencing them. This view would also qualify as evolutionarily advantageous provided they are not associated with dire consequences.

It is also worth noting that many beliefs, even strongly held beliefs that could be either right or wrong, have no consequences. For example, I may believe that London has a smaller population than San Francisco or the reverse but either way, my behavior is unlikely to be affected. Unless such beliefs are associated with action, there are no obvious evolutionary advantages or disadvantages. On the other hand, at times, beliefs that are associated with acts have no evolutionary advantages. Extreme forms of religious beliefs associated with either killing others or martyring oneself through suicide are examples.

Ernest: What role do you see for the believing process to work when objectivity is valued? And what are the pitfalls of believing in scientific research and education?

MM: Believing that answers to questions can be found is commonplace in science. This amounts to the belief in a method designed to achieve objectivity. In this sense, such beliefs are valued and valuable. But just the opposite can occur as often happens when one believes that one already has answers to questions and there are associated behaviors. For example, in the recent past, it was believed that specific drugs cured certain forms of mental illness, that cardiac stents held minimal dangers, and that vitamin E improved health significantly. Behaviors associated with these beliefs followed. Subsequent scientific research has led to the opposite beliefs – that is predicted outcomes haven’t occurred. Part of the reason for such outcomes is that objectivity is exceedingly difficult to achieve. Part is also due to our tendency to believe when we lack sufficient information to achieve objectivity – that is evidence which supports our beliefs beyond any reasonable doubts.

As to the educational pitfalls, beliefs often close the brains of believers to alternative interpretations of what they have been taught. Communism provides a convenient example.  Over the past century, millions of children have been educated regarding its superiority as a political system because of its promise to achieve political and economic equality. But many people continue to believe in communism even though there is no supporting evidence.

Ernest: How is the huge popularity of comic characters in films about superheroes explained?

MM: Such films are enjoyable because they depict imaginative, emotionally stimulating, and often pleasant moments which audiences know (believe) are unreal. With rare exception, no one believes there is a Superman, Batman, or Captain Marvel. However, that superheroes don’t really exist shouldn’t obscure the fact that many beliefs are coveted simply because they are pleasurable, which is probably the case for superheroes. For example, before elections, it’s pleasant for many voters to believe how life will be improved if one’s candidate wins the election. Or, I write a book and it’s pleasant to believe that it will be a bestseller. My book may not be a bestseller but the belief that it will be is still pleasant.

In effect, our brains appear to be strongly biased toward creating pleasant beliefs about how the world works, our own importance, and for desired outcomes. Such beliefs often persist despite compelling evidence to the contrary.

Ernest: Would you say that ethics or moral codes all arose from shared beliefs?

MM: My guess is that many codes arose from shared beliefs but far from all. An example of “everyday moral/ethical codes” is found in the largely shared belief in the United States that it is wrong to cut in front of people in a line who are waiting to enter a concert, attend a movie, exit from an airplane, or purchase groceries. Whether this belief was shared when it first emerged is uncertain. Religious codes (beliefs) provide another example. Historically they have often begun with a single person or a few persons sharing a belief regarding the importance and value of a code or set of codes. With time, the code or codes may spread as has happened with Christianity and other religions. Experimental research on ethical and moral codes strongly supports the view that such codes (beliefs) predictably predict behavior – that is, they are associated with specific actions. And of course much of history is about the expansion or retraction of such codes.  Changes in American behavior codes during the early years of the 19th century with those of today illustrate this point.

Ernest: What is the point where believing something becomes a disease instead of a psychological activity?

MM: Intransigent beliefs are those in which contrary or disproving evidence is rejected. Such beliefs can be a “disease” in my view. They are often seen among individuals/groups that are deeply (“blindly”) committed to political ideologies, politically correct thinking, religions, or their own wonderfulness or superiority compared to others. Individuals and groups define and identify themselves in part by contrasting themselves with others and they often come to believe that they are better than others.  Such beliefs are probably inevitable and they are often pleasurable to those believing them. Of course differences among individuals and groups are sometimes real: for example, only some groups are immune to malaria, some are better coordinated, and some have different skin color. But probably far more often than not, differences are simply imagined and develop into intransigent beliefs. Such beliefs become dangerous socially when they are associated with action designed to hurt those with other beliefs or imagined or real differences.

Ernest: Does more need to be taught at school or college levels about believing and its role in our individual lives?

MM: Yes! Too often information based on beliefs is taught without regard to the interpretative pitfalls of believing what is taught. For example, how often do teachers address the possible potential incorrectness of what they teach? With the possible exception of courses in scientific methodology, logic, and law, seldom in my experience do teachers directly address how believing works. This is particularly so for courses dealing with history, politics, sociology, and psychology. This is not particularly surprising: teachers believe like everyone else and we are often trapped in our beliefs in the sense that we can’t imagine other ways of believing about something we believe.

Ernest: Finally, what is the next main question for you regarding believing?

MM: People define and identify themselves in part by their beliefs.  Such beliefs often are emotionally charged, associated with elevated self-esteem, arrogance, and lack objectivity. We have some knowledge about why such beliefs occur: namely, they are pleasurable. Nonetheless why they often come to have such an emotional and cognitive hold on people cannot be fully explained by pleasure. Something else is happening. What that something else is is still unclear and invites inquiry and explanation.

Ernest: Thank you Michael for taking time to answer my questions.

2 thoughts on “Psychology of Believing – Interview with Michael McGuire”