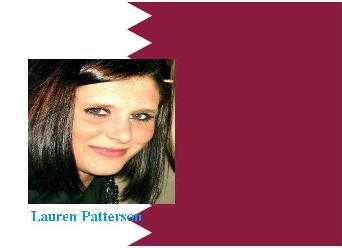 Prosecution is seeking death penalty for a defendant in one of the most brutal murder cases reported in recent news – the killing of a young British teacher in Qatar.

Daily Mail published the story, on Saturday, February 8, 2014, on the murder case of 24-year-old Lauren Patterson, who worked as a school teacher in Doha, Qatar. Two Qatari men stand as defendants in the case and are accused of sexually assaulting the woman before stabbing her to death and taking her body to a desert where it was found, burnt and dumped in October 2013. The verdict is expected to be delivered next month.

Qatar is one of the countries with lowest crime rates in the world; but reports show that the crime rate is rising in the country with a recorded six-fold increase in crime over the past 10 years. This is particularly the case with violence against women, which was found to have gone up by as much as 54 percent in a single year from 2010 to 2011, reported by Doha News. Even worse is the lack of any law that specifically criminalizes domestic violence.