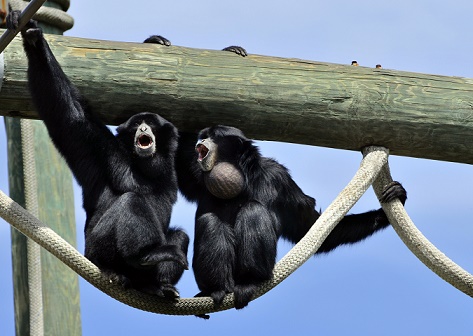 An animal sanctuary is a place where animals can come to live and be protected for the rest of their lives. They are not bought, sold, traded, or mistreated in any way. Regarding the rights of property owners, if they live within a community that for example has noisy barking dogs, it could be an issue as to what their options would be in how to handle that situation in a legal sense.

There is a court decision dating back to 1988 Spokane v Fisher that states, “No owner of a dog or owner or occupant of premises upon which a dog is kept or harbored may allow such a dog to disturb or annoy any other person or neighborhood by frequent or habitual howling, yelping, or barking. Whoever harbors such a dog maintains a nuisance.” The court held that the ordinance did not provide adequate notice of unlawful conduct or adequate standards to prevent its arbitrary enforcement.

This was because animal noise requires adequate notice and uniform enforcement. In 1991, there comes a state statute that says, “It is unlawful for a person to keep or harbor any animal exclusive of livestock and domestic or fancy fowl which habitually howls, yelps, whines, barks, or makes other oral noise in such a manner as to unreasonably disturb others. Any such animal is declared to be a nuisance and may be seized and impounded if the disturbance reoccurs after the animal’s owner has received three warnings within six months from the animal control authority.”

Yet this was just one case ruling. What if the noisy complaint was about an animal sanctuary?

In truth, there really isn’t much case law that would sway a decision ruling in one way or the other to this particular topic. As with law in general within the United States court decisions, judges have to right to rule however they see fit, or judge made law. However, many issues would arise that may help an animal sanctuary from being close due to a noise ordinance issue.

In the United States, there are several animal sanctuaries within a drive’s distance from where you live. Most allow visitors for a reasonable fee, or for a small donation to help support operation. Why not look up one near you today? It may just be a great experience to both enjoy the animals and freely take in the beautiful scenery and nature that surrounds them.