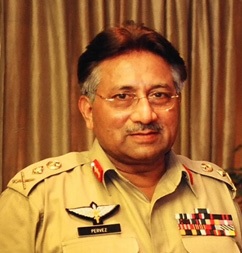 Pakistan’s government lost it big time when they sheepishly allowed ex- military dictator Pervez Musharraf to leave Pakistan despite cases of high treason and murder against him in the courts.

A day prior to the government’s announcement of allowing the accused to fly abroad, the country’s Supreme Court had told the federal government – which had filed a case against Musharraf – that it was up to them to keep him bound to Pakistan or let him go abroad for medical treatment.

The country’s ruling prime minister Nawaz Sharif has a history of climbing to power by military support and acting in accordance with the agenda of the country’s military establishment. His government was toppled by Musharraf in 1999 when he tried to assert his status of a ruler over Musharraf—then-acting army chief.

Musharraf got Sharif arrested after the 1999 coup and the country’s judiciary – which has mostly been ruled by the military – found him guilty of terrorism. However, the convict was allowed to leave for Saudi Arabia as the Saudi royalty asked Musharraf for it.

In Pakistan, political governments are controlled by the military, although on paper the country is said to have democracy.