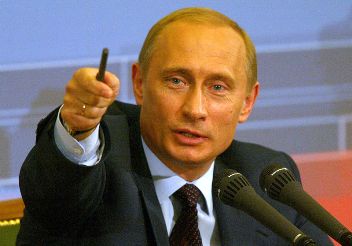 When President Obama was awarded the Nobel Peace Prize in 2009, many around the world were surprised and even went on to voice reservations. Now, Russia’s President Vladimir Putin has been nominated for the same prize.

First, his stance on protecting Edward Snowden won him a place in the hearts of free-speech and human-rights activists. Against the Obama Administration’s threats of “consequences” for granting Snowden asylum, Russia under Putin’s rule granted safety and asylum to the world’s most famous whistleblower of this century.

Secondly, and even more convincingly, Putin literally came to rescue the Syrian state from invasion – a war US President Obama decided overnight without first seeking approval from the Congress and UN. Human rights and peace activists worldwide, including many from within US, condemned Obama’s announcement of attacking Syria. But on the international platform, it was Putin who had the last word.

While warning against aggression on Syria, Putin not only implicated his show of balance of political power but also put great diplomatic effort into warding off war between US and Syrian sides. He effectively countered the US President’s excuse of Syria’s chemical weapons threat by convincing Syrian President Bashar al-Assad to get rid of its chemical weapons.

With less than a week for the Nobel Peace Prize winner to be announced, the world is thinking of President Vladimir Putin. Will he win the prize for his achievement?