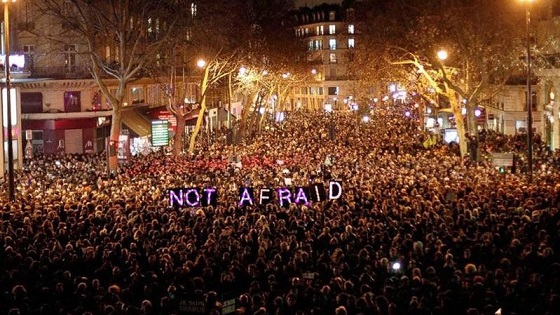 Regardless of how many were killed, the incident has brought up important observations and raised important questions. Some of these are included briefly in this blog.

Who were the attackers?

Media says one Syrian passport has been found by the body of a suicide bomber who targeted the soccer stadium. ISIS also has admitted to carrying out the attacks.

Was it an act of terror?

Yes, most probably terror via vengeance. ISIS says it was vengeance for the attack on Syrian terrorists/militants fighting the government. But a statement from ISIS is no proof that they did it. Many such claims are politically motivated. Yet, ISIS is the strongest suspect at the moment.

Important: Why did terrorists not attack Russia that is terminating most of the ISIS in Syria?

It was easy to target France. Unlike the double-faced, lying political leadership of the west, Russian leadership is very protective of its borders and national security. Putin keeps borders closed and protects and his government while he also keeps an eye on any subversive activity in his country. He has openly refused to modify or lax any of the nation’s laws to accommodate the cultural/religious needs of the immigrants.

Is the mainstream media doing a good job in reporting on Paris attacks?

Of course not. As always they are trying to sensationalize the terror and despite claims of arrest of one of the terrorists and the presence of Syrian passport near the body of the dead suicide bomber, mainstream media haven’t shown any of these to public. This is unethical because it’s akin to protection of criminals. Since the terrorists attacked humanity, the world needs to see on-camera who they are, who sent them, and how they got in the country.

What could be done to stop more such attacks?

First and most important of all, Close Your Borders – close as in air-tight. The French president ordered closing all French borders in response to the attack. But that was when the damage was done. As thousands of Syrian refugees flock to enter the west, the threat of terrorists entering US and Europe looms over the west. It would be helpful if the west gets on board with Russia and roots out ISIS and other terrorist. Also, stop funding and arming sponsors of terror. It would help a lot.