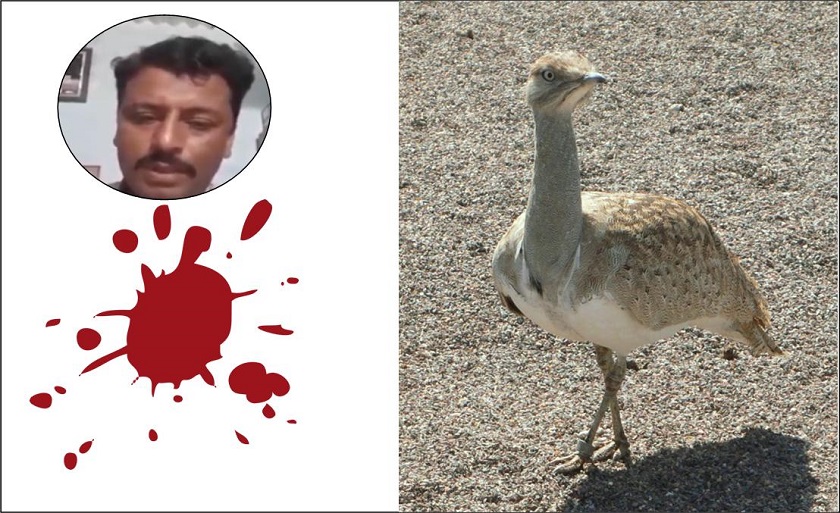 A poor Pakistani man in Sind province stood up to illegal hunting of an endangered species of bird by Arabs. He was brutally tortured to death by an influential local politician, who was hosting the Arab visitors.

Due to the huge influence of rich Arabs over Pakistan, media sources in Pakistan avoided mentioning “Arab” in their reporting; instead the word “foreigners” was used to refer to the hunters of houbara bustards – the endangered species whose hunting is illegal throughout the country without a special permit. The Pakistani government issues special hunting permits for Arabs, who are fond of its hunting, some believing eating the bird works as natural aphrodisiac.

24 News reported the death of 30-year-old Nazim Jhokio, who had a standoff with the visiting “foreigners” hunting in Thatta district of Sindh. Jhokio went on to make a video of the hunting activity of the visitors and shared it on social media. He received death threats, later to be ordered to the house of the politician from the Pakistan People’s Party (PPP) – the majority ruling party in the province.

After some while, Nazim was abducted and his tortured body was found in a farmhouse of MPA Jam Awais Gohram Jhokio in Murad Goth, Malir. There were bruises and abrasions on his body.

The reckless killing of Jhokio for calling out the illegal killing of birds considered “protected” made news nationwide as the victim’s family along with fellow villagers protested in public, asking for justice.

Social media users posted the uncensored version of the story of Jhokio’s killing and the motive behind it. A YouTube channel named Waqt Ki BAT (Talk of Time) narrated what happened to Jhokio, including the victim’s video of himself talking about his encounter with the hunters, as well as the video of his family’s protest after his killing. The video-maker said that the Arab hunters interrupted and filmed by Jhokio were from Saudi Arabia.

Dr. Nazia Memon tweeted Jhokio’s video on November 4 after the news of his death.

Nazim Jokhiyo has been brutally killed just because he made a video clip of those unknown Arabs during there activity in his city? #JusticeForNazimJokhio pic.twitter.com/8jmfGiD1Iz

ABP News reported that for Falconry Season 2021-2022, the federal government of Pakistan recommended to the Sindh government to issue Arab royals special hunting permits. The story included details of the names of Arabs who were issued the permits and the areas they were allowed to hunt in; the details do not contain the name of Thatta district where Jhokio reportedly had the standoff with the hunters.