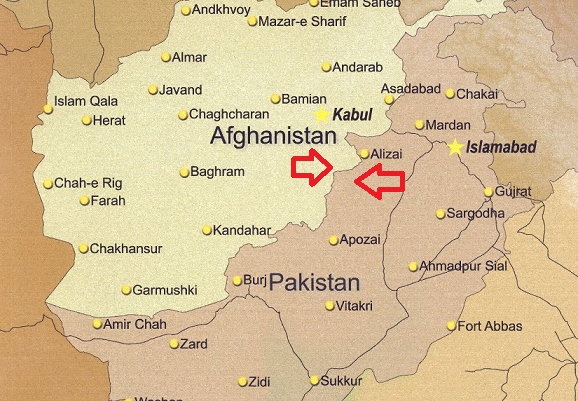 New sources are reporting serious armed clashed between Pakistani and Afghan security forces along the border of the two countries.

Media sources like Dawn in Pakistan are reporting the matter citing Pakistan’s intelligence – ISPR – as source and blaming the Afghan side for opening fire at a security checkpost in the border region of South Waziristan.

Stars and Stripes reports that a total of eight Pakistani personnel and an Afghan police official were killed during the long overnight exchange of fire. It doesn’t tell however, how, started the fire.

Also, Pakistani sources acknowledge only the injuries of some of its security forces – ranging between 2 to 6 – but no deaths on their side.

Pakistan and Afghanistan, sharing a border along Pakistan’s northwest tribal areas, have frequently run into conflict over border trespass issues with both countries accusing each other of sponsoring terrorism across border.

One thought on “Pakistani and Afghan Forces Clash along Border”