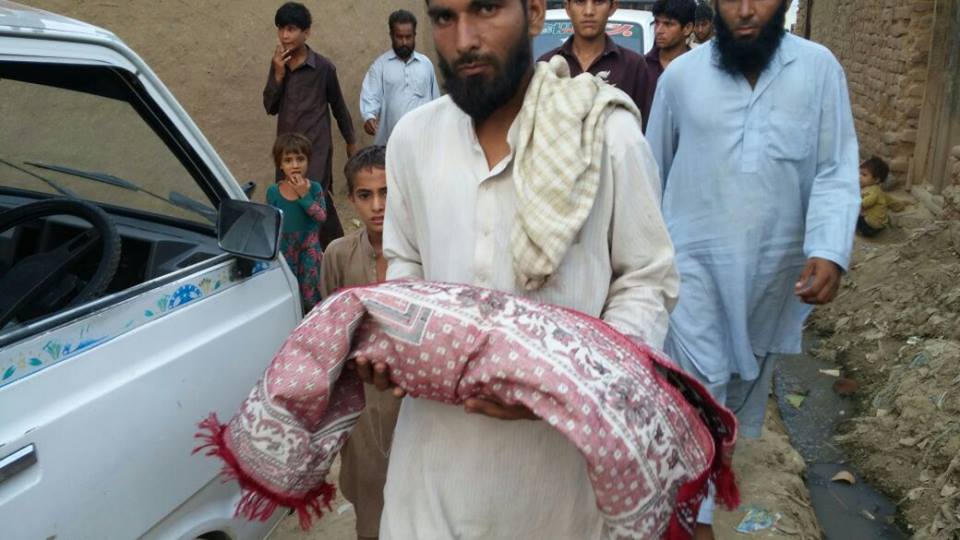 Police and rangers in Islamabad, Pakistan, have killed an infant and wounded several poor civilians who resisted to their forceful eviction operation in the slums.

Pakistani papers report it as an operation against illegal settlements, conducted in Sector I-11of Islamabad, on the orders of the Interior Ministry. During the clashes policemen are also said to have sustained injuries. But what they are doing and what is not reported in mainstream media is getting a lot of attention on social media sites.

Awami Workers Party Islamabad on their Facebook page have been posting updates about this “operation” including pictures of the infant girl who reportedly died of the tear-gas-induced suffocation as the police used the gas to deal with the protesters.

Police and military in Pakistan have a long and ongoing history of corruption, abuse of authority, extrajudicial killings, and even involvement in organized crimes. When it comes to poor people, these law-enforcers set aside all consideration for humanity, law, or ethics, and the current operation is only a glimpse of the tip of the iceberg.

One thought on “Pakistan Police Kill Infant with Tear Gas”