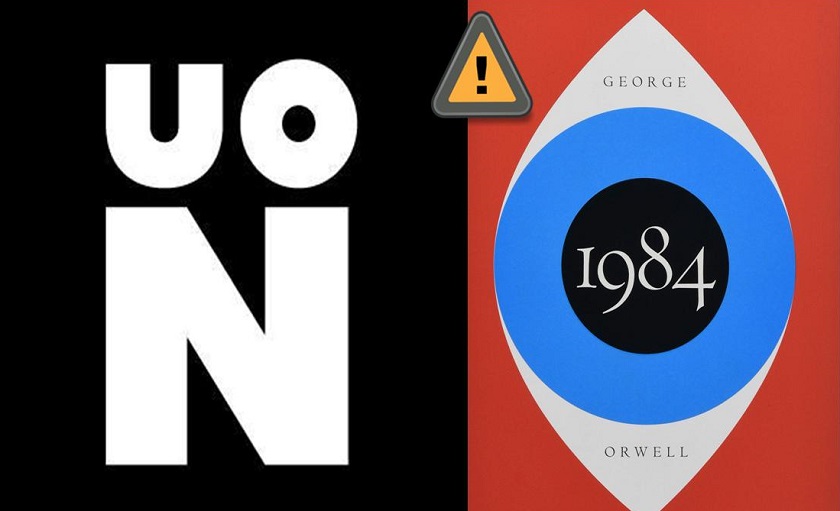 George Orwell’s masterpiece 1984 has been deemed “offensive and upsetting” at the University of Northampton in United Kingdom, confirming the message of the novel.

Since it was published in 1949, Orwell’s dystopian novel that warns against the loss of freedom under a totalitarian government has become the most well-recognized and timeless work of fictional portrayal of dictatorship. It realistically predicted 70 years ago what is now happening under leftist governments around the world – a single big-and all-powerful government where technological advances are used to track and censor dissenting voices in a society, using torture and coercion as political weapons against civilians.

The labeling of 1984 as potentially offensive indicates an anti-freedom and pro-dictatorship political policy that discourages students from learning about the horrors of tyrannical governments. Readers of the novel can clearly see what Orwell warned against now happening all around them. This kind of awareness is not favorable to the designs of Big Brother administrations run by the liberal and globalist tyrants in various parts of the world.

Reporting on the story, The College Fix cited conservative MP Andrew Bridgen as:

Our university campuses are fast becoming dystopian Big Brother zones where Newspeak is practised to diminish the range of intellectual thought and cancel speakers who don’t conform to it.

Last year, Ryan James wrote in FreedomWire about the modern-day book burning as part of the Woke Cancel Culture.

Works such as To Kill a Mockingbird, Huckleberry Finn, Homer’s Odyssey, and various works of Dr. Seuss are on the chopping block.

He pointed out that this is an international effort to cancel literary works that offend the woke police.

Making students dumb and servile to the political agenda of the left has become the mission of most/all big colleges and universities in the west. As the popular saying goes, truth is the first casualty in war. Thus in the left’s war on critical thinking and freedom of information, literature showing truth to readers is the primary target.