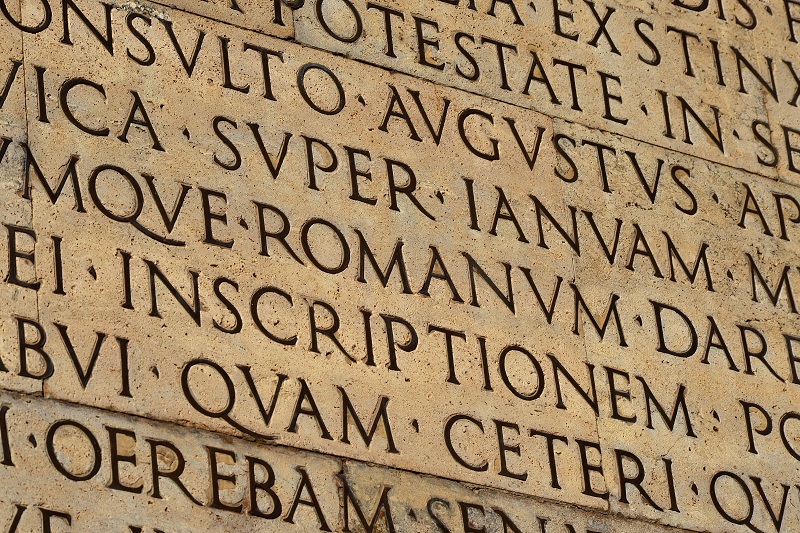 Roman literature, highly influenced by Greek literature, had most of its early works direct or indirect imitations of the Greek literature. They drew their inspiration from Greek mythology while inserting some of their realities into the mixture, giving a perfect blend of myth and reality.

Slowly, Romans deviated their path from Greek literature and wrote about their history, current social situations, war, and romance. With their exquisite writing styles and emotions poured, their work lived on for centuries.

Roman literature has been significantly influencing ancient and modern literature, and their works have constantly been recycled to date.

Similarly, numerous prolific pieces of literature such as ‘Romeo and Juliet’ and ‘9 circles of hell‘ by aspiring literary figures William Shakespeare and Dante Alighieri, respectively, have been inspired directly by the Literature of Ancient Rome.

More about Roman literature and how it has influenced today’s world will be discussed further below.

What impact does Roman literature have on us today?

Many English terminologies have Latin root words as their base. The English alphabet is based on the Latin alphabet. Furthermore, many Latin words are still used in the legal system today.

What impact did Roman literature and language have on subsequent societies?

The Romans also utilized Latin to share new ideas and technologies with other societies. Today, the Romans’ engineering, medical, and scientific literature are being read.

The origin of Roman literature dates back to the end of the third century, and the very first Roman play was staged in Rome and was a comic tragedy written by Livius Andronicus.

By 240 B.C., the Romans started to perform plays on the regular. Most of the plays were an imitation of Greek plays, as the Greeks profoundly influenced Roman literature.

Poets like Gnaeus Naevis, Quintus Ennius, Marcus Pacuvius, and Lucius Accius wrote tragic dramas about the Greek incidents, and their translated works were rarely direct replicas of the Greeks.

Platus and Terence presented their comedy pieces as New Comedy. Platus used songs between his plays and puns and jokes to increase the humor.

Terence’s plays were more toned down, and he displayed contemporary domestic situations. His works were pieces of inspiration for French and English comedies in the 17th century A.D. and modern American comedies.

Another poet, Catullus, often wrote about love; however, the difficulties of his life are reflected by his troubled attitude. His famous poems record his entire love life with extreme emotions, from joy to jealousy and hatred.

One of the most talented authors from this era was Marcus Tullius Cicero. He wrote about philosophy and politics. Most of his writings survived compared to the other authors as he was the reason history considers the late Republic as Roman history’s one of the best understood periods.

Ovid wrote the poem ‘The Metamorphoses’ in 8 A.D., which included 15 books and more than 250 myths revolving around the admiration of Julius Caesar. It inspired great poets like Milton, Dante, Chaucer, and Shakespeare.

Roman literature reached its peak from 81 B.C. to 17 A.D. It began with the speech of Cicero and ended after Ovid died.

Roman literature has significantly inspired the modern world, and its imprints can still be seen worldwide. It heavily inspires ancient and modern literature of famous poets such as Horace, Virgil, and Ovid.

Their works revolved around Roman society, politics, philosophy, history, and love. They portrayed their gods as relatable to the people in everyday life by mixing reality with mythology.

The standards of right and wrong in the modern world were defined by the works of Cicero revolving around morality and philosophy. The works of Virgil, Horace, and Ovid have inspired further generations on forms of poetry based on historical mythology.

Some masterpieces are still taught in History and English Literature textbooks.

Roman literature also spread the Roman language- Latin throughout the globe. It is the language of origin for all the romance languages, including French, Spanish, Italian, Portuguese, Romanian, and Catalan.

Latin was the primary language spoken in the Western world for a significant time. It was one of the initial languages in Europe that led to the establishment of other languages. Latin is the foundation of many English terms, and Latin alphabets are also the foundation for English alphabets.

Famous comic playwrights such as Plautus, Terence, and Ennius involved the stories of the Macedonian Wars. Play Writings began at the end of the third century, and the plays were staged during Roman festivals, most of the audience being male.

Along with impacts on literature, Roman literature was the foundation of the invention and progression of many equipment and procedures.

They had marvelous engineers such as Archimedes, Vitruvius, and Meton, who made significant contributions to generating great concepts and building monumental infrastructure.

Philo of Byzantium used water-powered mines and mills for the first time by making the water flow through the laws of physics. They were the first to invent roads with gravel laying and rock pavement, with the first road being the Appian Way built by Appius Claudius Caecus.

They were also the first to develop agriculture tools and practices and improved techniques for crop plantation, irrigation, and drain fields. One of the brilliant inventions was the use of ox for plowing.

Roman literature also provided a framework in the law section, and the courts still use various Latin terms. Roman laws and court systems are the foundation of many countries’ legal systems.

The Roman courts had an initial hearing for the magistrate to decide if there was a case. If a case were established, it would be tried with witnesses and evidence. These rules and many other rules prevail in the legal system today still.

Roman literature is a highly valued treasure from the Roman era and has heavily impacted the development of further literature to date. Even now, Roman literature can be seen in the most recent works, including literature, playwrights, and music.

Between 81 B.C. and 17 A.D. is considered the Golden Age of Roman literature. It began with Cicero’s first speech and ended with the death of Ovid.

This was followed by the Silver Age, which was not as great as the Golden Age but provided a lot of good work.

Roman literature included many works revolving around Roman history, society, battles, myths, and love. These, however, were popular throughout the globe only after the end of the Roman era.

Richard Marrison is from Budapest, Hungary. He has an MBA in Cultural Anthropology and loves history. His love and passion for history got him to indulge in creating content on history-related topics.