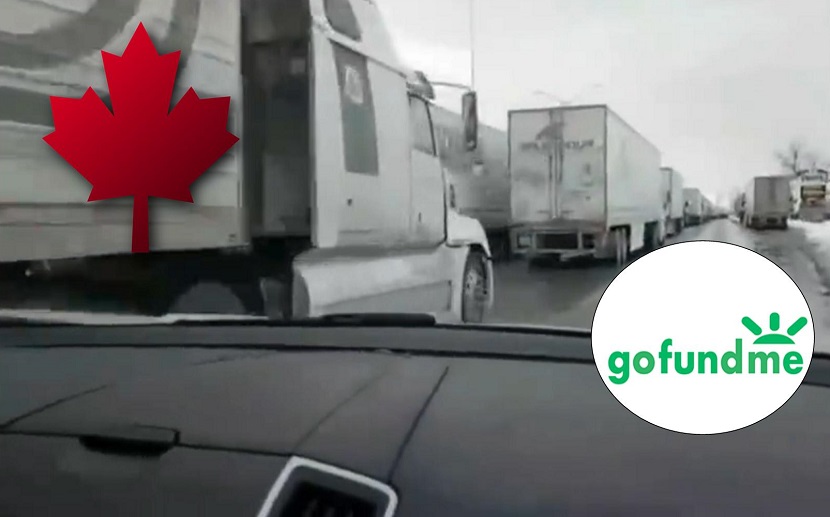 Truckers in Canada are rallying against vaccine mandates and as they move to Ottawa to protest the leftist tyrannical government, the world’s leading fundraising site GoFundMe has suddenly decided to freeze the funds raised for the truckers’ freedom convoy.

GoFundMe said of its scrutiny of the funding distribution, “This is part of our standard process to ensure the protection of all donors.” The fundraiser is continuing to accept contributions.

The story cited a spokesperson for the fundraising site telling that the funds will be released “promptly” after the organizers of the campaign submit their withdrawal plan. The fundraising campaign meanwhile continues to accept contributions.

On the Stew Peters show this Tuesday, trucker Martin Brodmann told about the freedom convoy of truckers driving toward Canadian capital Ottawa to stage their protest against the tyrannical vaccine mandates of liberal Prime Minister Justin Trudeau.

This isn’t the first time GoFundMe has acted against a pro-freedom cause using its site for gathering public support. In 2020, the site removed multiple fundraisers created for the Kenosha (WI) teen Kyle Rittenhouse, who shot dead two people in self-defense during a riot of the left-supported Black Lives Matters (BLM).

Legal Insurrection reported in November 2021 that GoFundMe decided to let Rittenhouse raise funds after his acquittal in the court. The post wrote: