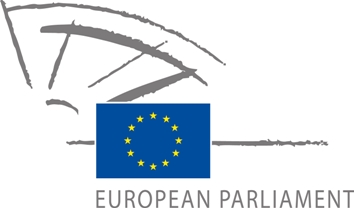 The Governments of the Russian Federation and China prepare a global gas chamber for the whole world. Europe will be 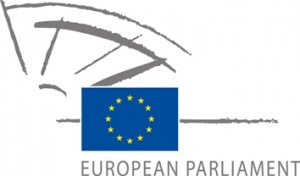 choking the first. Hitler’s acts will grow dim in comparison with this. It will be irreversible: see https://www.facebook.com/JerzyBuzek/posts/594989663897621. SOS! Please, help to rescue the forests of Russia!

In October 2013, the corrupted deputies of the Parliament of the Russian Federation (State Duma) plan to adopt the Law which will allow to sell the territory of national parks for building, for agriculture, for renting out to the Chinese, etc. (after forest fires), instead of restoration of the reserved forests after fires (according to the former law). This new law will lead to the catastrophic growth of the number of deliberate arsons of the forests (on the territory of the national parks) in the Russian Federation!

Here’s the message from Greenpeace of Russia. Here’s the auto-translation to English for this message:

Practice of deliberate forest arsons by “shadow woodcutters” (for concealment of illegal deforestation) is very widespread in recent years in the Russian Federation because of total corruption of law-enforcement system and impunity. The million hectares of forests was being burnt every summer in Russia (2009 – 20012, and June 2013). Millions of forest’s animal life was being burnt alive every summer. (Only August 2013 was an exception because of anomalous rains and floods).

The parliament and the Government of the Russian Federation ignore all petitions of the civilized Russian public and of the Russian ecologists. They react only to statements of foreign politicians. Therefore we address the international public! You can help us to rescue the FORESTS AND WILD ANIMALS FROM EXTERMINATION, if you also will write letters and petitions to WWF, to European Parliament, to EU, to the Kremlin (President of RF – Vladimir Putin), to the Council of Europe.

Putin and Medvedev sell and hand over in long-term rent the Siberian lands to the Chinese and the Northern Koreans for construction of the woodworking plants and agricultural plantations, and also for production of minerals

Here it is written: “The Chinese agree to build in the territory of Russia woodworking plants, but under a condition – if Chinese workers work at these plants. The Chinese suggest to create for this purpose special customs corridors and to facilitate obtaining annual visas and their prolongation that in the evening these workers could come back quietly to themselves home to China.” Many of these agreements are already signed and working.

Already Chinese cut down a lot of wood in Siberia and transported by heavy-load cars to China. They do it via both legal and illegal methods (by means of the corrupted customs officers of the RF). They aren’t afraid of serious punishment because the government of the Russian Federation patronizes Chinese and Koreans in the Russian Federation. In RUSSIA exists not only the “Russian” mafia, but, also in Russia, there is the Chinese Mafia. To tell more precisely, it’s Russian-Chinese Mafia. Actually, now the Kremlin officials are turning Russia into China No.2.

Point of extreme worry here: The Chinese will destroy huge forested land very quickly, like the locust does to crops. Besides, they are capable to breed (in the territory of Russia) to catastrophic scales, so the world will not be capable of coping with this catastrophic demographic and political imbalance!

Please, think about it!

4 thoughts on “Open Letter to European Parliament from Russia”