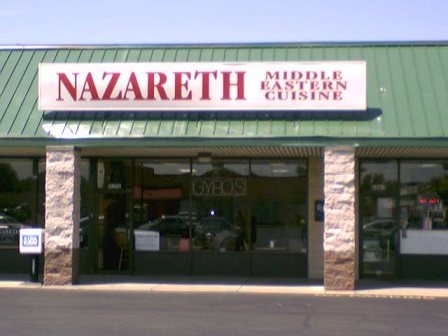 There isn’t much buzz around this terrifying incident that took place yesterday, but reports are pointing to a lone-wolf terror attack that was carried out by a Muslim man of Somali background and left four injured at a restaurant in Ohio.

The attacker, named Mohamed Barry, was armed with a machete and he started recklessly hacking people inside the Nazareth Restaurant and Deli in Columbus, OH. He left four wounded, bleeding in the restaurant, before running away from police and being shot dead.

The motive behind the attack remains a question but the religious element is obvious – the restaurant is that of an Israeli Christian. Breitbrat News has commented on the incident in the perspective of Muslim immigration into US and the rising incidence of crime as well as other problems specific to the Muslim community.

The question that pokes it head out of this story is whether the government needs to introduce background checks or machete-and-knives-control laws in favor of public safety, just like they are trying to do with guns?