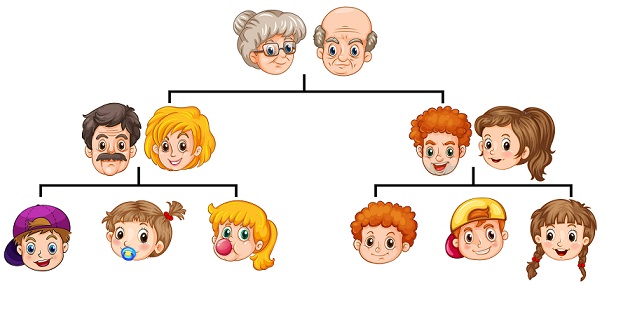 One main point of view was the thinking that there would be a potential increase in birth defects for any offspring. In more modern times, this has proven to be false. According to the Clinical Genetics Handbook, “the increased risks with regards to having children born with birth defects are nearly non-existent in cases compared with non-cousin marriage. Some studies have shown that “potentially life-threating birth defects” resulted in only a 6% chance, compared to a 3% chance for the population as a whole.” It is about the same risk as a woman having a baby when she is 40 over when she is still in her early 30s.

Throughout the Middle East, and in predominately Muslim Countries, first cousin marriage is more of a normal occurrence, especially in Pakistan, and Burkina Faso; it is still very common in Afghanistan, Mauritania, Sudan, Yemen, Oman, India, Sri Lanka, Iran, United Arab Emirates, Qatar, Saudi Arabia, Iraq, Syria, Turkey, Jordan, Egypt, Libya, Tunisia, Algeria, Morocco, and Guinea. So then, what about Muslim Immigrants that have married their first cousin in their home countries and then sponsor them to the U.S.

In each case related to any Immigration law(s), there are always very complex issues. In cases relating to marriage, when it is tied in with not only with a custom practice but has a religious backdrop, Constitutional Authority is key and you would have to look no further than the 1st Amendment. “Congress shall make no law respecting an establishment of religion, or prohibiting the free exercise thereof; or abrading the freedom of speech, or the press; or the right of people peaceably to assemble, and to petition the government for a redress of grievances.”

Case by case can vary greatly—for instance, if the immigrant has become a U.S. Citizen, if they are in the U.S. on a work and or student visa, and so on. The United States Customs and Immigrations Service or (USCIS) handles all issues related to Immigration. Officials from within are able to make snap judgements on cases about any Immigration circumstance(s).

There are situations when a “Spouse Petition” or I-130 Immigration form maybe rejected, USCIS might think they are married to bring the family member to the U.S, which will then cause the denial. For the most part, this is a non-issue except as it relates to the “bona fides” at the visa interview. They will approve a petition for a first cousin marriage provided the questions on the I-130 were answered honestly and they would otherwise qualify. Such as the U.S. Poverty Guidelines income requirements, and any and “all” “documentary evidence showing a person’s legitimacy and credentials”, that they are and must be very abundant. Most important of all, “having an Immigration Attorney is absolutely vital”. Otherwise, the amounts of endless paperwork is easily able to trip up anyone that is not “very similar” and up to date with all law matters concerning the immigration process. In other words, this is a way “to petition the government for a redress of grievances.”

The U.S. and any state within will recognize marriages “legally performed in other countries between one man and one wife.” The “legality” and terminology within the law will always continue to change, as will the process itself. The challenges with Immigration are more concentrated on security concerns than possible scrutiny over an Immigrates countries local customs. This way the multicultural benefits and cultural assimilation aspects of living in the U.S will hopefully continue for many years to come.