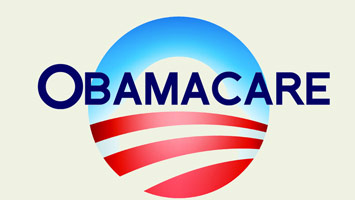 The idea seemed utterly ridiculous 10 years ago, being hailed by Democrats as the best thing since sliced bread. As one of the biggest gaffes that Nancy Pelosi (the Speaker of the House) ever cold have come up with said, “that Congress [has] to pass the bill so you can find out what’s in it, away from the fog of controversy.”

WTF? Pass a bill without reading it first? How typical! Now that most all of the parts of the health care act are in place, Harry Reid and Pelosi are trying to lead a democratic charge to get it repealed? Currently there has been over 50 repeal attempts by the house and senate.

The bill that was before Congress was over 2700 pages long in 2010. As of March 2013, the regulations associated with Obamacare had grown to almost 20,000 pages. Almost every part of it has been taken apart and examined at this point. There are several states that deemed it unconstitutional and refused to implement it.

The decision on the ObamaCare ruling by the Supreme Court on National Federation of Independent Business v. Sebelius was decided on June 28, 2012. The Supreme Court ObamaCare ruling was a 5-4 ruling to uphold the Affordable Care Act. The final ruling on ObamaCare had a few implications, ranging from ObamaCare being defined as a tax and not a mandate to a choice for States to opt-out of Medicaid Expansion.

Now the legal BS is out of the way. I have a friend that is a nurse in my Doctor’s office. Her boss is losing money hand over fist due to Obamacare. They are not getting paid, or even being underpaid by insurance companies. Too bad they can’t bill more to make up the difference. Much like the VA system, patients are waiting weeks for referrals to be arranged for the simplest things, let alone life threating events. Medications are going un-refilled, due the back-log. She is so tired of being screamed at by patients because they are tired of waiting that is considering quitting.

I recently had surgery to correct some imbalances. If I hadn’t had this surgery done, I might not have lived another ten years. I pay substantially for my private health-care; however, the surgery will save so much more money down the road in related health care cost.

The drug companies and medical companies don’t want this to become a common thing. Along with government kickbacks, contracts and subsidies. Pharmaceuticals are a multi-billion (trillion?) dollar business so why would do anything to jeopardize their bottom line.

The idea of health care for all is great in theory, although not at the expense of our doctors; they are being overworked and underpaid. All it does is continue to benefit those that can afford private health care/insurance. We are seen sooner, get referrals faster. Beside, keeping the lower classes on depression meds makes money for big business.

Max Skinwood is a writer and artist based in the Northwest US. He offers commentary out of personal experience and knowledge and often writes to promote critical thinking and analysis.