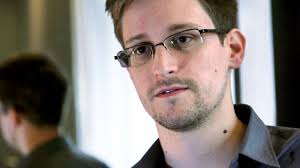 NSA whistleblower Edward Snowden has been nominated for the Nobel Peace Prize by two Norwegian politicians.

Time World reports that Snowden was nominated for the prize by two Norwegian lawmakers who viewed his work as the basis for a safer and more stable world.

Snowden is currently in a state of asylum in Russia and wanted by the US authorities, especially the US Intelligence, for treason – being a “threat to the nation”. Recently, Snowden reportedly received death threats from US government officials, a news that w largely suppressed by mainstream US media.

At the same time, the credulity of the Nobel Peace Prize has been put to question repeatedly by analysts and critics like Matthew Reece whose Examiner column recapitulates the important times in Nobel Prize history when it failed to hold merit as the criterion for the award.