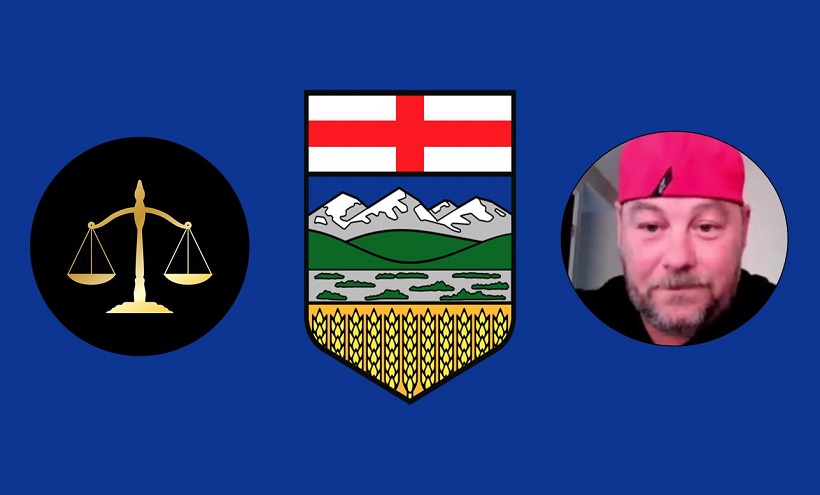 His name is Peter King. He is a freedom fighter and he made the Alberta health agency in Canada admit that they have no solid evidence of the existence of the virus that allegedly causes the so-called COVID-19. This victory has shocked the presstitutes into silence and denial.

On August 4th, independent journalist Stew Peters interviewed Red Deer (Alberta) resident Peter King about the court case where he demanded of Provincial Health Minister Dr. Deena Hinshaw scientific proof that the alleged COVID 19 causing virus, SARS‑CoV‑2, has been isolated via standard scientific procedures. After more than half a year of delaying tactics, the heath agency admitted to the court they do not have the scientific evidence.

Watch as King exposes the Alberta health agency on its COVID 19 narrative on Stew’s show.

King’s victory was celebrated on pro-freedom blogs like Truth11.com.

Patriot Patrick King represented himself in court after being fined $1200 dollars for protesting against the Covid-Hoax, he slew the beast and emerged VICTORIOUS.

At the same time, it drove the establishment propaganda machinery into a deafening silence as mainstream news outlets went deaf and blind on it. A few leftist propaganda platforms, like Associated Press (AP), tried to put a twist on the story to discredit King’s victory against the Alberta health agency. AP falsely claimed that King didn’t prove his case in the court despite admitting in its story that the health agency admitted having no material evidence that King demanded of them.

The court also said the health agency “has no material evidence” that pertains to King’s fine.

From King’s interview and official court documents, it has been proven beyond doubt that those claiming to have science backing the COVID 19 narrative have nothing but lies and apologies to present when challenged on the science front. This case has provided a foundation for other victims of the COVID 19 lies to take the medical mafia to the court and hold them accountable for their crimes against humanity.