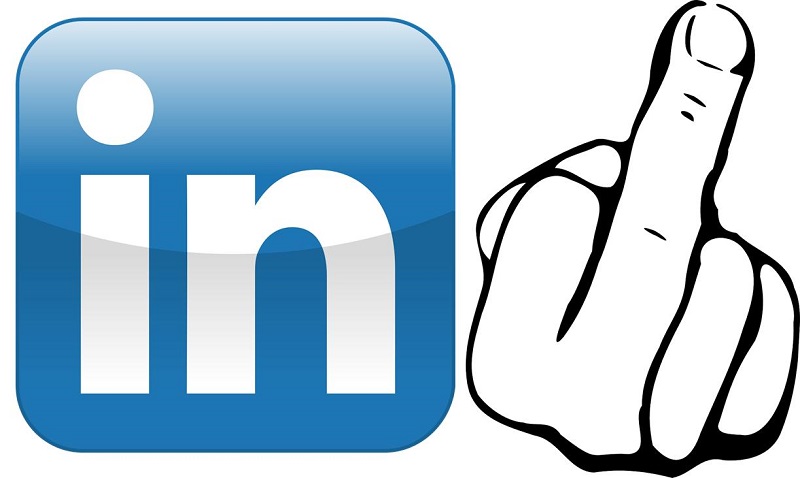 LinkedIn was quick to rush to ban me from critically responding to a propagandist whose recent story expressed her frustration over Americans’ resistance to vaccine mandates.

Argentine journalist and “mom of three under 4” (what does that tell you about what you are dealing with) Conz Preti posted a rant in the leftist propaganda website Insider against resistance to vaccine mandates by Americans. Seeing that she lied about vaccine requirements for temporary visitors to U.S. – something I know firsthand to be false – I chimed in to tell her she’s wrong.

Thoughtless, idiotic, and nonsensical as well as misleading. No, you don’t need vaccination records on temporary visits to US. I lived in US from 2012 to 2016 on student visa and I was not required to provide any proof of any vaccination. Then I returned to US in 2019 on a business/visit visa and no vaccination record required. Only immigrant visa requires vaccine records – and that didn’t use to be so until the liberal rapist and sex abuser Bill Clinton made it mandatory for immigrants. That said, requirements for immigrants or foreigners are different than US citizens. Foreign students pay twice tuition at most – if not all schools in and outside US; they are required to show their passports at airports and for receiving money, and tons of other requirements that don’t apply to US citizens. So instead of whining about Americans refusing to give up their rights, it’s better to ask the rights for yourself. Somehow people from shithole countries lose their paleolithic minds when they are given a chance to live in a free country.

This morning LinkedIn notified me that my comment has been removed because it violates their policy on bullying and harassment.

Only you can see this comment. It’s been removed because it goes against our Professional Community Policies.

Of course, I received an email from LinkedIn giving me the news. 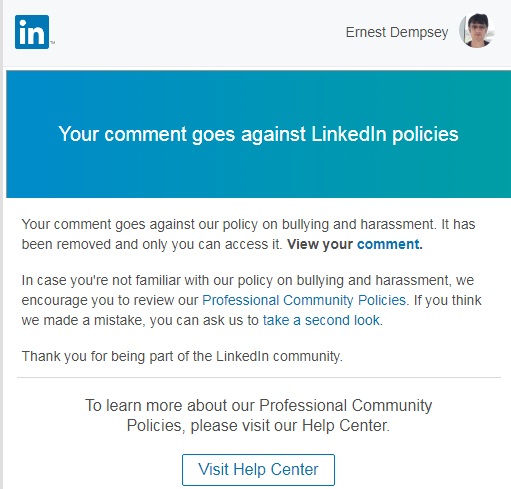 Now immigrants are ideal candidates for propaganda against any country they invade. After using the benefits of the country most of the time without due process or qualifications to earn them, they not only shamelessly play the card of discrimination but even start lecturing the natives on why they should change the way they live. So I offered a bit of my piece of mind to a propagandist, who is Argentinean but got her US citizenship, not sure how.

What the LinkedIn notification tells me is this: “You have been verified as one of those radical far-right extremists who do not give poor immigrant women the right to lie and create drama in propaganda theaters for shaming Americans. So you better get your ass off our platform.”

I think I will happily follow the orders, waving a middle finger at LinkedIn as my final goodbye.