The global criminal network of vaccine industry has killed children again – this time in Namibia – and the corporate media in the west and east is all hushed up. 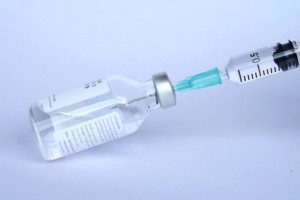 The Namibian is one of the very few regular media sources that have reported the death of five to six babies this summer and whose parents are suing the health ministry that administers measles/rubella vaccines to young children.

It is apparent from the story that the authorities has tried their best to cover this matter up and calm down the bereaved parents by finding other causes – like Sudden Infant Death Syndrome – as responsible for the deaths. Yet, the parents who witnessed the deaths are not satisfied. How can you be fooled with a lie when see the fact with your eyes – unless you are too stupid to believe whatever the medical mafia tells you?

But even bigger criminal in this game worth billions of dollars is the corporate, corrupt media that hides facts and deaths of children in such poor countries from readers around the world. Thanks to independent blogs and alternative media, we are still able to access such news from remote corners of the globe.