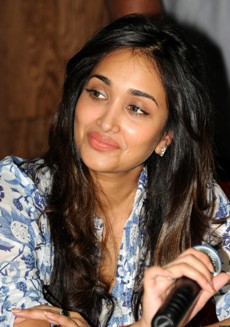 Four months ago, the death of 25-year old Indian actress Jiah Khan took Bollywood by storm. It was tragic and at the same time controversial from day one – controversial because Jiah’s mother kept raising suspicion at her dead daughter’s boyfriend Sooraj Pancholi, son of actor Aditya Pancholi.

Now, the case has turned from suicide to murder. Jiah Khan’s body was found hanging from a ceiling fan in her apartment in Mumbai in June. Mumbai Police reported the death as suicide. However, Jiah’s mother went to court and asked for Central Bureau of Investigation’s probe into the death.

The forensic report released early this month reveals that Jiah was tortured with a belt before death, and that possibly she was choked to death before hanging from the ceiling to mask the murder as suicide.

With his son as the prime suspect in this case, actor Aditya Pancholi is silent and repeating to all media inquiries that it won’t be appropriate to comment on the case at this point, but to let the law take its course.

Bollywood has a history of murders and deaths under questionable circumstances as well as deep-rooted connection with the underworld. Only that it has all grown darker with time.

One thought on “Murder, Not Suicide – Surprising Twist in Bollywood Actress’s Death”