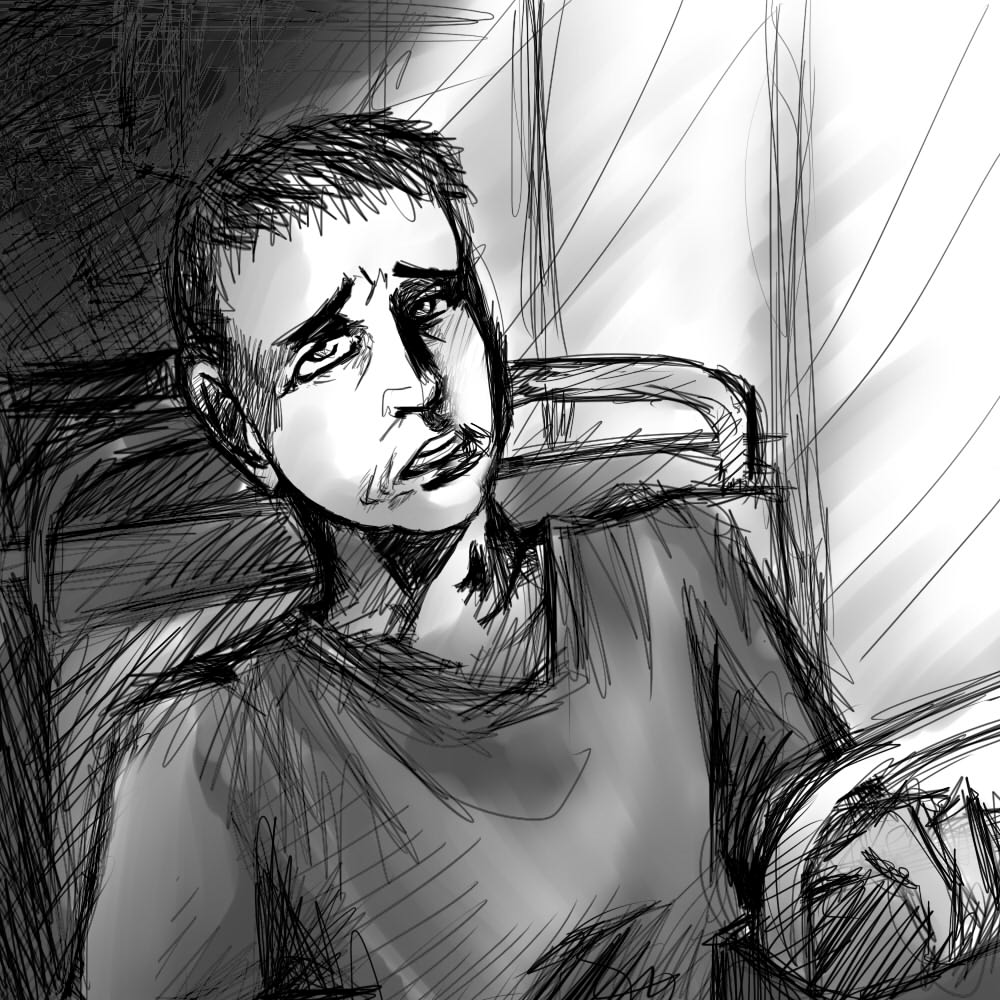 Just when he boarded the train and the doors closed, he suddenly forgot what his name was; where he wanted to go; why he was on this train in early morning.

The only thing he was certain of, the only thing that made any sense, was that he wanted a cup of coffee. He didn’t know who he was or where he was going, but he recognized the smells of strong coffee, and knew instantly he needed some. He followed the aroma toward the back of the car that he was in and saw in the next car that they were serving coffee, along with food and other refreshments. He watched a man go to the counter, stick his hand in his pockets, retrieve a funny-looking piece of paper, and hand it to the person who was apparently in charge of dispensing coffee. He stuck his own hand in his pocket and fished around, looking to see if he had any of the funny-looking paper himself.

With his wrinkled forehead, a bunch of coins held in the palm of his hands, he raised his chin to the man behind the counter and asked for a cup of coffee. Back in his seat, he ran his long slim fingers through his dark receding hair and began to search his trouser, jacket, and raincoat side pockets. However, apart from a few more coins, they were empty. Sipping his espresso, he felt a sting in his chest. With his left hand clenching his lapels, he felt a protruding pin from a small badge, attached to his jacket. With raised eyebrows on impulse, he took the serviette from around his coffee paper cup, extracted the badge pin, and began to examine the blood on his shirt. There was something bulky in his inside pocket and he took out a shaded brown crocodile skin wallet which, when opened, he snapped it shut!

He cast a troubled gaze into the emptiness of the seat before him and stayed fixed upon the prosaic canvas of fatigued gray fabric while his body, showing only faint signs of life whenever brought with the momentum from every shift and turn demanded by the journey to who-knows-where, took form of the most common and peripheral component to train-travel.  Several minutes of quiet seriousness passed—or at least he suspected—until he felt oblivion starting to settle in once more. He reopened the wallet, delicately, staring at a timeworn piece of paper cradled between the leather folds.

The paper had some writing on it. He stared at it, hoping over time the words on the paper would make sense. However, after a while, his eyes began to blur, so he neatly folded the paper and placed it back in the wallet. The rhythmic motion of the train soon had him feeling drowsy. His sleep was not a peaceful one and was haunted with frightening dreams and imagery. He awoke with a jolt, unaware of how much time had passed. He noticed the scenery had changed dramatically from the bleak gray and black industrial landscape to rolling hills bathed in purplish twilight.

The train had stopped for a while, and he figured out what the note was. At first, he considered calling the number and asking if there was a Rebecca there, but that was nuts. He’d been tricked similarly before and refused to fall for it again.

“Last stop, sir. You can’t stay on the train,” said a train employee. He felt himself tear up at this, but bravely ignored it. He waited until some other people in uniforms came and took him by the hand, pulling him up and leading him out of the train.

5 thoughts on “Interactale 1: Memory of a Night Train”