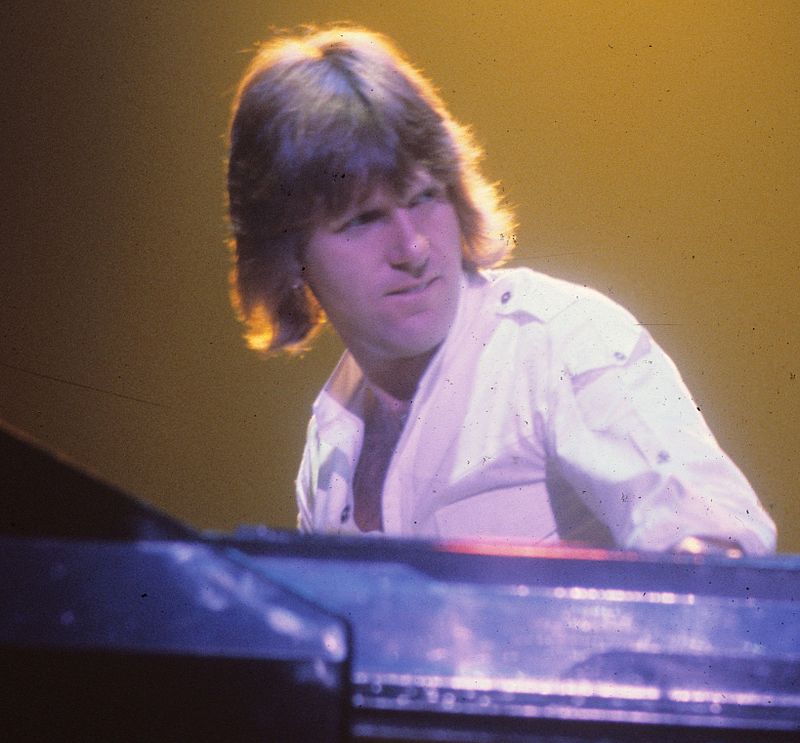 Many classic rock fans were deeply saddened to learn of the passing of Keith Emerson, one of the greatest keyboard players of his generation. Emerson died from a self-inflicted gunshot wound on March 10, 2016. He was seventy-one years old. His wife discovered his body in their Santa Monica, California home.

Keith Emerson’s suicide was related to depression; he suffered from focal dystonia, a movement disorder that caused involuntary muscle contractions in his right hand that interfered with his ability to play and to perform the kind of shows he thought his fans deserved. It is easy to understand how he felt if you knew him as his friends did. Jordan Rudess of the progmetal band Dream Theater told interviewers that Keith was his inspiration. “Every time I play the keyboard, I think of him.” Rudess remarked.

“Keith was a mild-mannered man offstage, but he was known for pushing the boundaries of what was possible to accomplish with the keyboard.”

I am sure that anyone who has ever heard this man play the keyboard would agree.

Emerson began his career with Emerson Lake, And Palmer in the seventies. They had six million selling albums in a row. Emerson played with Emerson, Lake, and Powell on a 1986 release. I am certain that he is missed today by his legions of fans. Carl Palmer, the drummer for ELP, will dedicate his upcoming tour to the memory of Keith Emerson.

Keith Emerson will be remembered for his 1971 hit “Lucky Man”, and his 1972 hit, “From The Beginning from the fourth album, “Trilogy.”Today, most classic rock stations don’t play much of their work; I think this is a grave mistake, there was so much more to their music than their most popular songs.

The first time I heard the group’s music was in January of 1971. I was at the Texas School For The Blind at the time, my roommate and I heard it on KUt Fm, the radio station at UT Austin. I didn’t know what to think of the album at first; it was in later years that I really came to appreciate it. A friend burned me a copy of that album. Another friend and I were listening to it one night in 2012. The second track, “Take a pebble” drew us in. We like the lyrics, which have a meditative quality that matches the instrumentation perfectly. When it first came out, my favorite song was the third track, “knife edge. The lyrics were different, they seemed to have a foreboding sense of urgency that described the unraveling of modern society and the efforts of the best of us to cope with, and live in it.

The second album, Tarkus, came out in June of 1971. I heard it on KRLD in Dallas. Again, the album didn’t seem to catch my ear fully, until late 1971. In December of that year, Bangladesh won their independence from Pakistan when india entered the battle on their side. At that same time, a co-ed was abducted from UT Austin. Her body was identified four days later. The question for me was:

“When will the American people stand up and demand what is rightfully ours?

The people of Bangladesh did it, why can’t we?”

One of the songs from the Tarkus album contains the lyrics,

“Clear the battlefield and let me see

All the profits of our victory.”

To me, that meant the victory of the ordinary American in rebuilding the kinder, more loving society we deserved; a society where girls and women felt safe, and were protected by decent people. And yet, the lyrics from “Knife Edge” raised the other possibility of living in a darker world:

“Our machines feed the furnace; if they take us, they will burn us.”

As I saw it, within the lyrics of these two songs, rested both scenarios. They offered two options, a society of caring, or a society of apathy which would lead to doom and destruction Regretabbly,  we see the kind of world we live in today, And I firmly believe, even now that we can turn things around, it starts with one person at a time.

I feel badly that Keith Emerson chose suicide. I am certain that his life still had value. Who knows how much help he would have been to others if he had chosen to stay with us. Regretably, Keith Emerson placed his personal worth in a box where his career was the only thing that mattered. People who make this mistake are short-changing themselves and everyone else. As much as I love writing, in the event that something happened, I would still serve a purpose even if I never wrote one more word in my life. There is so much more to life than music, writing, or a career. It is too bad that Keith Emerson never saw that; his tragic choice has deprived the rest of us of whatever contributions he might have made regardless of whether he ever played another note. ,

Keith’s tragic decision led me to research focal dystonia. There are a number of treatments, ranging from medication to deep brain stimulation. Other options include physical and occupational therapy to acupuncture. The most commonly used medicines are muscle relaxants. Deep brain stimulation involves giving mild electric shocks to the affected brain region in an effort to stop or lessen the severity of involuntary muscle contractions. The question becomes one of the effectiveness of the various treatments that might have been tried. Nobody will ever know the answers except for the people who might have attempted to treat his condition. At  any rate, this is a devastating loss for us all.

Keith, we miss you, good buddy. But we have no doubt that what you left us will influence many generations of keyboard players, as you have Jordan Rudess. Thanks for all you left us. We can only hope you rest in peace.