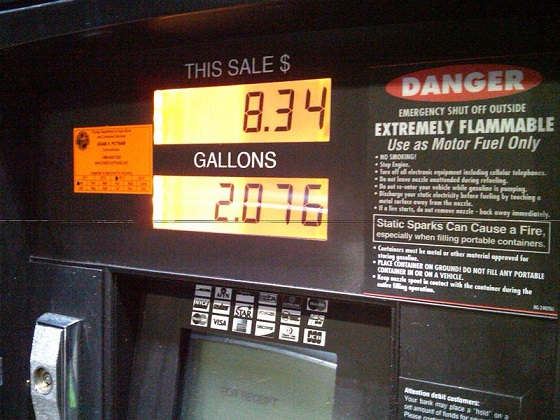 I’ve often said that our legislators, despite their serious obligations to the people of this country, do dumb things. They are either bored or simply want attention. Recently, I learned that politicians in the state of Illinois would like to propose a tax for every mile that you drive. Not only do I think this is utterly ridiculous, but very difficult to manage.

First, I will gladly explain why this is ridiculous. Aren’t we taxed enough? Our Government is getting so large that there are so many services that are duplicated. The average working person in this country can barely make ends meet. Furthermore, there probably wouldn’t be any more tax proposals if Government would just stop overspending. If there’s not enough money in the United States budget to pay for everything that Government wants to buy, then don’t buy it! The existing taxes that we pay are being wasted as it is without any new additional taxes in order to cover our Government’s spending habits. We are nearly twenty trillion dollars in debt because this country is run by spendthrifts. If we overspent like that, many of us would likely be penalized by credit card companies or pay steep fines.

As far as drivers’ taxes are concerned, how can we keep track of what every driver in Illinois does? Think about the work involved if Illinois wants to charge a certain amount of tax per mile. You have hundreds of thousands of drivers in Illinois, each one driving differently from any other. It would take many geniuses with nothing better to do in order to maintain this new law if it gets passed.

It’s a wonder that there is voter apathy in the United States. Many people believe that it doesn’t matter who runs for office because it’s believed that no candidate keeps his promise to the people. In my opinion, the state of Illinois is only rubbing salt in the wounds of its residents. How does this help the residents trust who they vote for? It never does. Next thing you know, someone will propose breathing tax. Enough is enough.