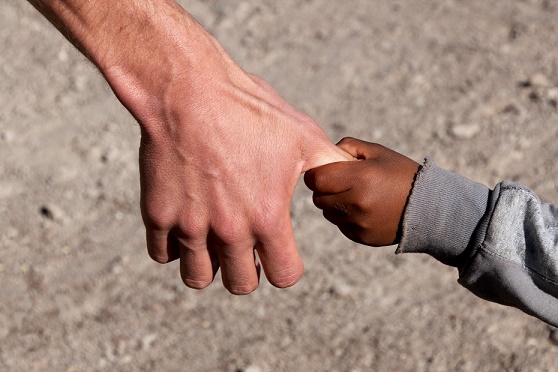 Adoption is considered a common term in today’s world, and someone adopting a child from another country is not uncommon. Still, many children go un-adopted, especially from a global perspective. Perhaps for some good reasons, with the cost potentially being as high as an estimated $64,357 (US Dollars). The additional fees for accreditation of varies agencies range from $5,000 to $22,755 (US Dollars). Also it depends on the country, for example China, because of the waiting list the process may take around 5 to 6 years!

Yet despite the ongoing human migrations and those seeking asylum, it seems that not very much is being done about the children of the parents of those that are seeking asylum. Asylum seekers are most known for leaving behind homes in war-torn regions, or escaping from some form of persecution in their country of origin.

The main countries of those that are seeking asylum are Syria, Afghanistan, Eritrea, and Sudan, which were not part of the Hague Convention on Protection of Children. This oversight is intended to protect children, biological parents, and adoptive parents from unethical adoptions practices, including international child abductions and adoption scams as well as to establish safeguards to ensure that intercountry adoptions take place in the best interests of the child and with respect for his or her fundamental rights as recognized in international law.

The Convention also had such provisions as: Article 4 “have established that the child is adoptable.” “Have determined, after possibilities for placement of the child within the State of origin have been given due consideration, that an intercountry adoption is in the child’s best interest.” Article 5 “have determined that the prospective adoptive parents are eligible and suited to adopt.” “Have ensured that the prospective adoptive parents have been counselled as may be necessary,” and “have determined that the child is or will be authorized to enter and reside permanently in that State.” Article 9 “Central Authorities shall take, directly or through public authorities or other bodies duly accredited in their State, all appropriate measures, in particular to “facilitate, follow, and expedite proceedings with a view to obtaining the adoption.” “Promote the development of adoption counseling and post-adoption services in their States.” “Provide each other with general evaluation reports about experience with intercountry adoption.”

In 2014, an estimated 24,000 unaccompanied minors, those traveling without a parent, applied for asylum in the European Union. According to a BBC news report, more than 10,000 migrant children have disappeared after arriving in Europe over the past two years, the estimate was taken from the EU’s (European Union) police intelligence unit.

The most popular ways to adopt is through an agency. Adoption agencies are public or private, regulated by the state(s) and licensed to place children with adoptive parents. Adopting independently involves a direct arrangement between birth parents and adoptive parents, sometimes using a go-between such as a doctor. Adopting through identification, which are combined of independent and agency adoptions. Where the adoptive parents find a mother wanting to put a child up for adoption, and then both sets of parents ask an adoption agency to control the rest of the process. International adoption, unfortunately, is the most complicated of all the different types of adoptions. To adopt a child who is a citizen of a foreign country, you must satisfy both the laws of your country and region you live in as well as the laws of the host country. Parents must also obtain an immigrant visa for the child through the U.S. citizenship and Immigration Services (USCIS). If approved, the child will be granted U.S. citizenship automatically upon entering the U.S.

The current international laws related to adoption of a child from another country must be changed and soon! One of the photographs that shocked the world was of 3 year old Aylan Kurdi, whose body washed ashore on a Turkish beach. He drowned after the 15 foot boat he was in capsized. It temporally opens the eyes of the world to what really is happening and how little innocent victims have occurred do to a lack of organized lawful cooperation. If we are not attempting to look after the lives of our children and their future. The future will look very bleak for all of us as well.