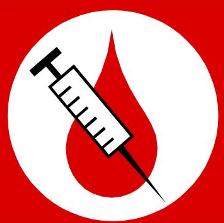 As the vaccine business tightens its noose around Pakistan, children are reportedly being killed by the anti-measles vaccine. Recent news in this kind of vaccine-caused deaths inform of at least 9 children falling dead due to vaccine for measles.

Pakistan’s most popular English daily Dawn reported last week that 7 children died in various districts of Khyber Pakhtunkhwa  province due to the anti-measles vaccine administered to them during the current vaccination campaign. Two of these children died in Charsadda district on Sunday, the paper informs. Prior to the deaths in Charsadda, 3 children were reported dying from the vaccine’s administration in Peshawar.

In yet another report of a fresh incident of this kind, Express Tribune reported 2 children falling dead in Tank City after they were given a shot for measles while four other children lost consciousness and had to be hospitalized.

As is common in such vaccine-caused deaths, no serious investigation is carried out and the authorities cover these matters up by issuing statements that deny the vaccine as cause of death, and blaming the death on other assumed factors. In the case of deaths in Tank City for example, the paper quoted a doctor saying that the dead children were suffering from high fever.

The budget for running a vaccination campaign against measles in KP province alone is set at one billion rupees, as repotted by Dawn, and interestingly the stats tell that 15 children died of measles last year while 9 have already been killed by the vaccine so far. How many more children will die by this dangerous vaccine in the entire country is not talked about in any mainstream media, domestic or international.

3 thoughts on “Measles Vaccine Has Started Killing Children in Pakistan”