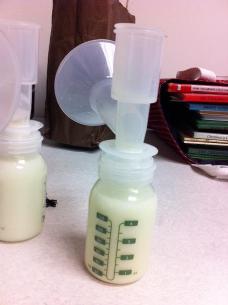 What happens to the regulatory powers of the authorities when it comes to big corporate players, like Monsanto? It’s way more than alarming that herbicides are reported in breast milk – a child’s most basic food.

A Care2 petition by Susan V addresses the U.S. Environmental Protection Agency (EPA) for placing strict limits on the use of Roundup, a widely used Monsanto’s herbicide that has been poisoning the environment since the 1970s and has recently been reported to exist in human breast milk in trace amounts. The petition informs that out of health/safety concern, a group of mothers recently contacted EPA about this issue.

However, the herbicide’s use has not been limited and EPA did opposite what it should have done – i.e., it raised the tolerance level for glyphosate last year so that farmers could use more of these chemicals on crops/plants providing food. Washington Times wrote that this change was made rather quietly and didn’t attract wide media attention.

It’s overdue that authorities learn the difference between weeds and humans and stop placing corporations above people for whatever self-interested justifications. Health comes first and putting children’s health at risk for pleasing agrichemical industry is not acceptable.