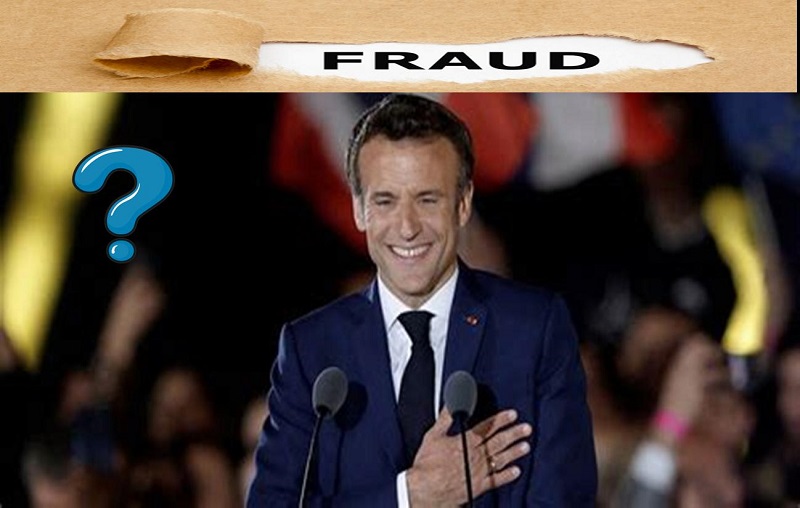 On Sunday, France’s left-wing leader Emmanuel Macron officially won a second term at presidency, becoming the French president for another five years. But was it a far election, or a rigged one like America’s 2020 election?

On Sunday (April 24, 2022), news of Macron’s victory appeared minutes after the polls closed at 8 pm in France. Macron was declared the winner not by actual vote count but “projections” or “estimates” of pollsters that declared 58% of votes for Macron. A leftist YouTuber, livestreaming for election updates, showed a screenshot of an article by France 24 (also leftist) that attempted to convince readers why French elections are “almost always correct”. 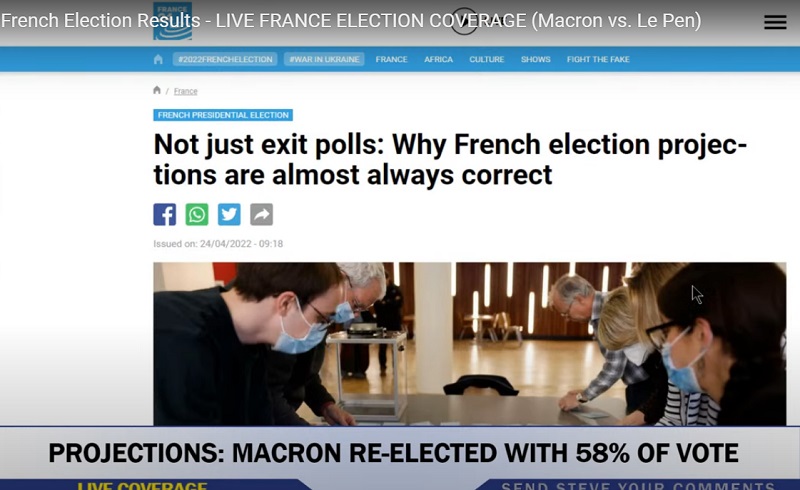 Macron’s contestant Marine Le Pen instantly accepted her declared defeat and conceded despite no actual vote count instead of waiting for the final results or bothering to explore any reported attempts of election fraud or possible rigging. This kind of a rushed victory for Macron created suspicion in some observers. Was it all a set-up?

People started questioning the election process and shared some evidence as well. On the same day—the election day—a video posted to social media showed a notable difference between ballots for Macron and those for Le Pen.

On April 25, a video of coverage of the French election results showed Le Pen beating Macron by 200 thousand votes. Le Pen’s vote count at the time of the coverage was 13,899, 949.

However, the election result announcing Macron winner by projection and later vote count showed her vote numbers lowered to 13,297,728. The final vote count for Le Pen stood at 13,288,686. How did this happen?

Protests broke out soon after macron was declared a winner despite a close race in all polls preceding the elections. The protesters are said to be outraged at the rigged election that put Macron back in power.

Since Le Pen immediately concede and did not ask for an audit or even check with her base for possible election fraud, the entire event seems suspicious and more like a game set in advance backstage. The actual reliability of this election will likely never be known since the conservatives in France don’t seem to have a platform to ask for accountability.