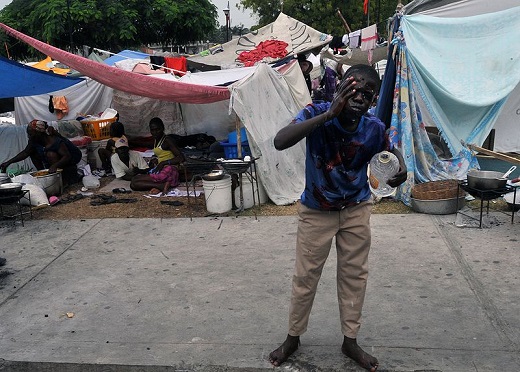 The United Nations is one big reason the world is so messed up. It roams the entire world and contaminates countries with corruption and disease. Yes, disease, as they did in Haiti.

In 2010, the UN “peacekeepers” were imposed on Haiti, including those from countries where cholera has been endemic, like Nepal. Instead of screening these foreign troops, the UN just played it their way and let them go to Haiti, thus transmitting cholera into the otherwise cholera-free region. The result? Over 9000 dead and over 700 thousand falling ill due to the highly contagious disease.

The cause was obvious and studies were proving the link between UN deadly peace mission and the mass deaths in Haiti. Yet, as always, the UN lied and denied the connection, as Washington Post published in their story last month.

But now a leaked UN report has been picked by media, like The Guardian, to expose UN big time. The November 2010 report shows that UN was informed of the open-dump and lack of toilets that could lead to a cholera outbreak. Yet the UN refused to do anything or accept the responsibility of the epidemic that left thousands dead and sick.

What is the credibility of the UN, if anything below zero and some added shame? Then, we shouldn’t forget that it’s the same UN whose health cartel – the WHO – paralyzed thousands of children in India, Pakistan, Nigeria, and elsewhere with the oral polio vaccine. And of course the same UN that chose Saudi Arabia to head its so-called human rights panel while ignoring the horrors of state-run human rights abuses in and out of the kingdom.