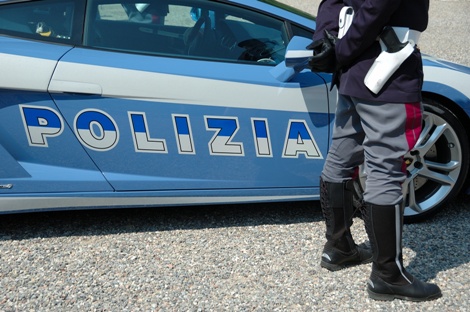 Some breakthrough news making rounds on the web. Police in Italy have arrested a group of sponsors and planners of terror incidents. All those arrested are Pakistani and Afghan nationals.

The Reuters story, including a video report, says the arrested people have been involved in getting people from Afghanistan and Pakistan immigrate to Italy and then sending then to different places in Europe. But worse, they have been involved in providing funding and planning service to terror networks operating in Pakistan. Of the incidents they helped carry out is the deadly bombing incipient of Meena Bazaar, Peshawar, in 2009, which killed over one hundred people.

We can certainly look at this development with commendation for the Italian security’s efficiency. They did something Pakistan, Afghanistan, and other countries are getting money for and still not doing it; instead terrorists enjoy safety and comfort in those places – the prime example being Osama bin Laden, who lived right next to Pakistan’s military academy until hunted down by American commandos.

However, the media continues to play its questionable role in protecting these terrorist on level of identity. The stories on the web about this development in Italy have conveniently excluded the names of these suspects. So we don’t know who really was arrested, what are the networks in Pakistan that was in communication with them (though the Italian police has reportedly got the proof that the arrested criminals were in contact with the networks). But no phone numbers, no correspondence quotes, addresses nothing.

The alarming side of this news of course is that at least one Muslim cleric was arrested by the Italian police and we know many countries around the world – including the US – give special visas to people who want to preach their religion outside their countries.